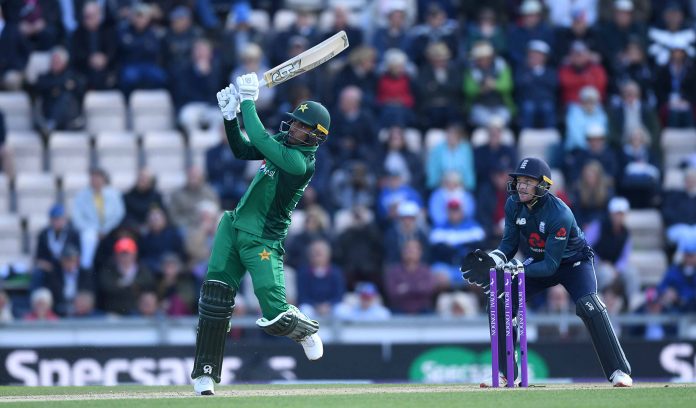 PESHAWAR: England defeated Pakistan in a high-scoring second match of the five-match ODI series at Southampton on Saturday and secured 1-0 lead in the series.

Pakistan decided to field first after winning the toss in a hope to take advantage of early moisture in the pitch, but it was never there and England amassed a total of 373 runs for the loss of three wickets.

Jos Buttler was top scorer with 110 runs, while Jason Roy scored 87 and captain Eion Morgan scored 71. Bairstow was also good with his 51, while Root scored 40.

For Pakistan, Shaheen Shah Afridi, Hasan Ali and Yasir Shah took one wicket each. However, all the bowlers went for plenty due to good batting conditions. Yasir Shah was included in place of Mohammad Amir who was unfit.

Pakistan put up a spirited show and went near the target, but missed out by just 12 runs. The pick of the batsmen was Fakhar Zaman who scored 138 runs, while Asif Ali and Babar Azam scored 51 runs each. Skipper Sarfraz Ahmed also looked good with his 41, but Pakistan eventually fell short by 12 runs and scored 361 runs in the allotted overs for the loss of seven wickets.

For England Willey and Plunkett took two wickets each, while Woakes, Moeen Ali and Adil Rashid took one wicket each.

Buttler was declared man of the match for his brilliant century.

Sarfraz said after the match that it was very hard to take defeat after getting so close. “I’m very proud of the team the way they batted, Fakhar Zaman, Babar, Asif Ali especially, will be good for the upcoming matches. Whatever the target is, we have to work hard, give credit to my batsmen. We can take positives, like Fakhar, before the World Cup, definitely,” he said..

Morgan said 370 was a tough score to chase down. “Fakhar surprised us with how well he played, he had a day out. We need to work on some of our skills. But to post that score and defend it, it very pleasing,” he said.

The third match of the series will be played at Bristol on 14 May.