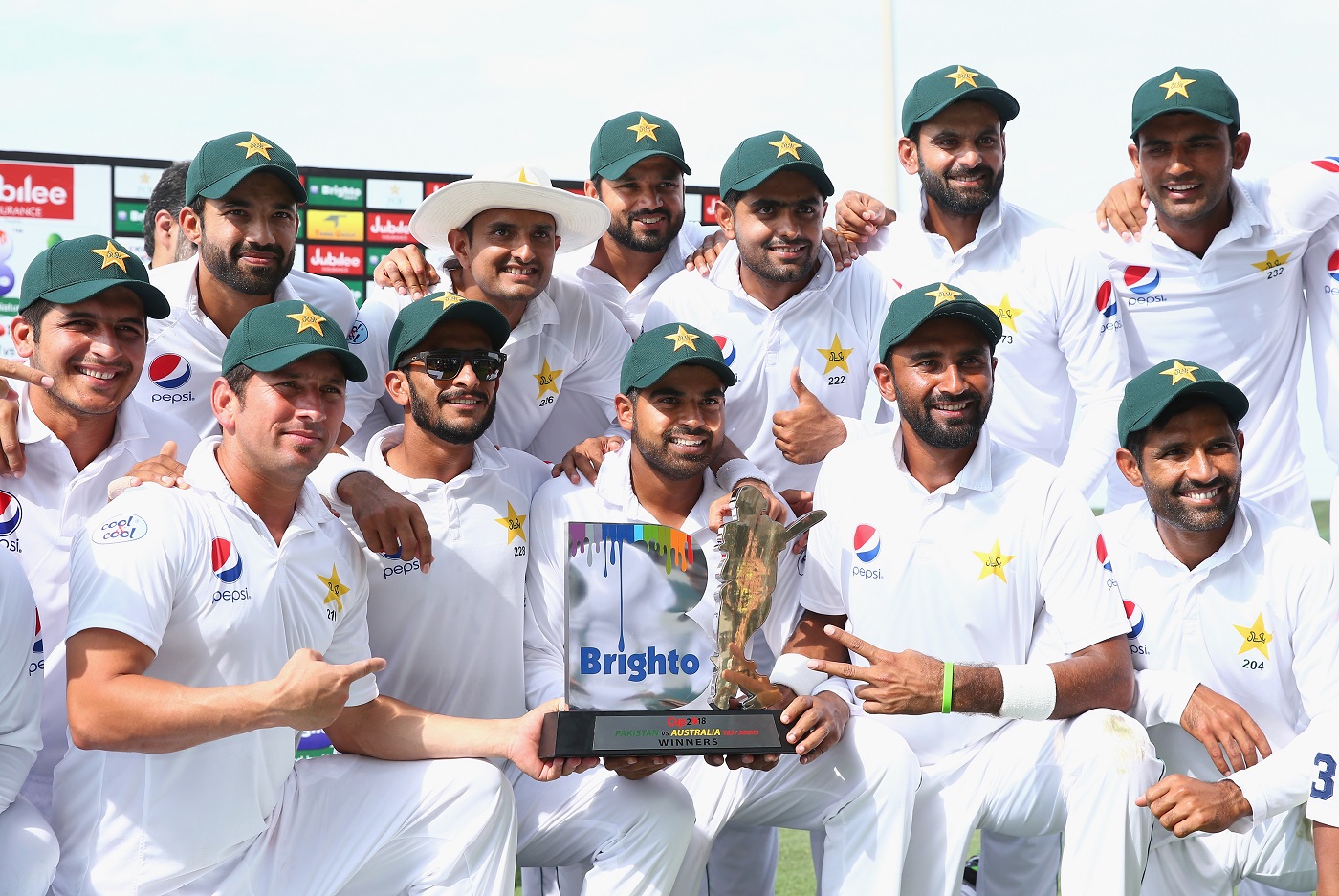 PESHAWAR: Pakistan defeated Australia in what turned out to be a one-sided second Test match by 373 runs in Abu Dhabi on Friday and won the two-match series 1-0.

Chasing a daunting target of 538, Australia were bundled out for 164 runs with Labuschange top scoring with 43 runs. Usman Khawaja could not come to bat due to injury.

Mohammad Abbas was once again the pick of bowlers for Pakistan who took five wickets, while Yasir Shah took three wickets. Mohammad Abbas was declared player of the match for his 10-wicket haul in the match, and man of the series for his superb bowling throughout the two-match series.

Mohammad Abbas is receiving appreciation from cricket experts and players world over for his astonishing bowling.

South African paceman Dayle Steyn said in a tweet that a new world number one blower is in the making.