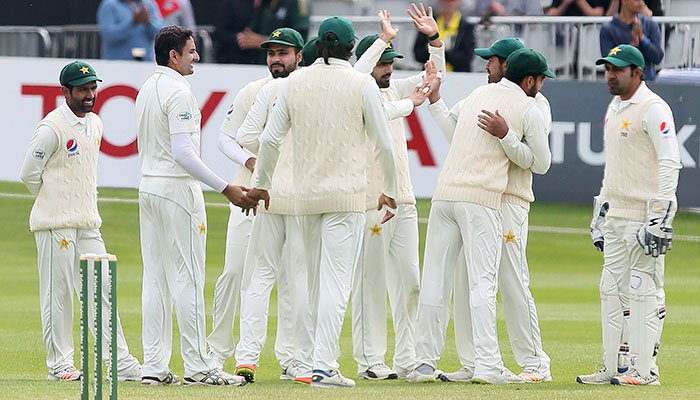 Ireland were dismissed for 339 in their second innings after they resumed on fourth day’s score of 319/7 due to brilliant bowling by Muhammad Abbas. He took all the three wickets on Tuesday finishing with an innings haul of 5 for 66, while Muhammad Aamir took three wickets.

Pakistan were in all sorts of trouble chasing the target of 160 when they lost their first three wickets for just 14 runs. Then Imam-ul-Haq (74) and Babar Azam (59) played with responsibility and took Pakistan out of precarious situation. Pakistan reached the target with five wickets to spare in the end.

Kevin O’Brien was declared player of the match for his brilliant knock of 118 runs in the second innings.

Pakistan captain Sarfaraz Ahmed said after the match that it was a difficult wicket to bat. He praised Imam and Babar for their brilliant batting.