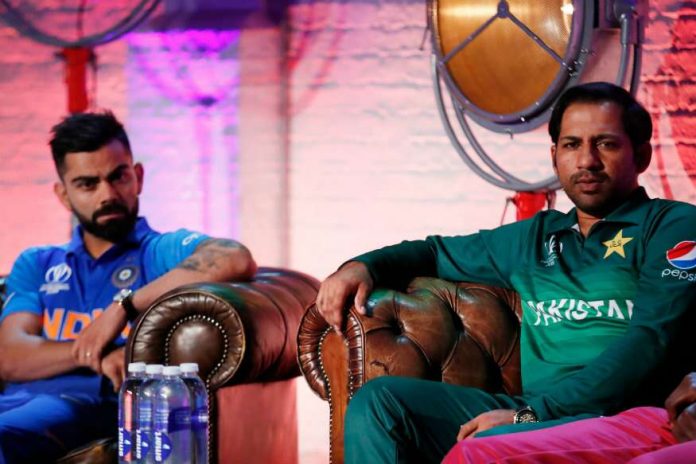 PESHAWAR: The mother of all contests, the Pakistan World Cup encounter with India, will take place tomorrow (Sunday) at Manchester.

The match will begin at 2:30pm (PST). India will be going into the game as firm favourites as described by most of the cricket experts. India are performing well in the World Cup and they are still unbeaten. They have played three matches, won two, and one match was abandoned due to rain.

Although India will be unhappy over the injury of in-form Shikhar Dhawan, but they have replacements, and they need not worry much about it. Pant, who has the reputation of big hitting, has been called as replacement for the injured Dhawan.

However, India cannot afford to take Pakistan lightly given their unpredictable nature of game. Pakistan have already defeated England, the strongest team in the World Cup and they have the potential to beat India as well as they did in the Champions Trophy final in England two years ago.

Pakistan have never beaten India in a World Cup match and they will be desperate to break this jinx. Pakistan will be looking to their batting again to come good against a strong Indian bowling attack. The main reason behind Pakistan’s win against England was their good batting on that day, and the repeat of that performance can bring victory for Pakistan.

Pakistan will also have to improve their fielding to boost their chances of win. Poor fielding caused Pakistan defeat against Australia in a crucial match and captain Sarfraz said after the match that fielding will have to step up in India match.

Rain is also expected to play spoilsport in the match. In case of rain interruption, full game might not happen, but there are no chances of washout. In the overcast conditions, it is likely that the team winning the toss will opt to bowl first.