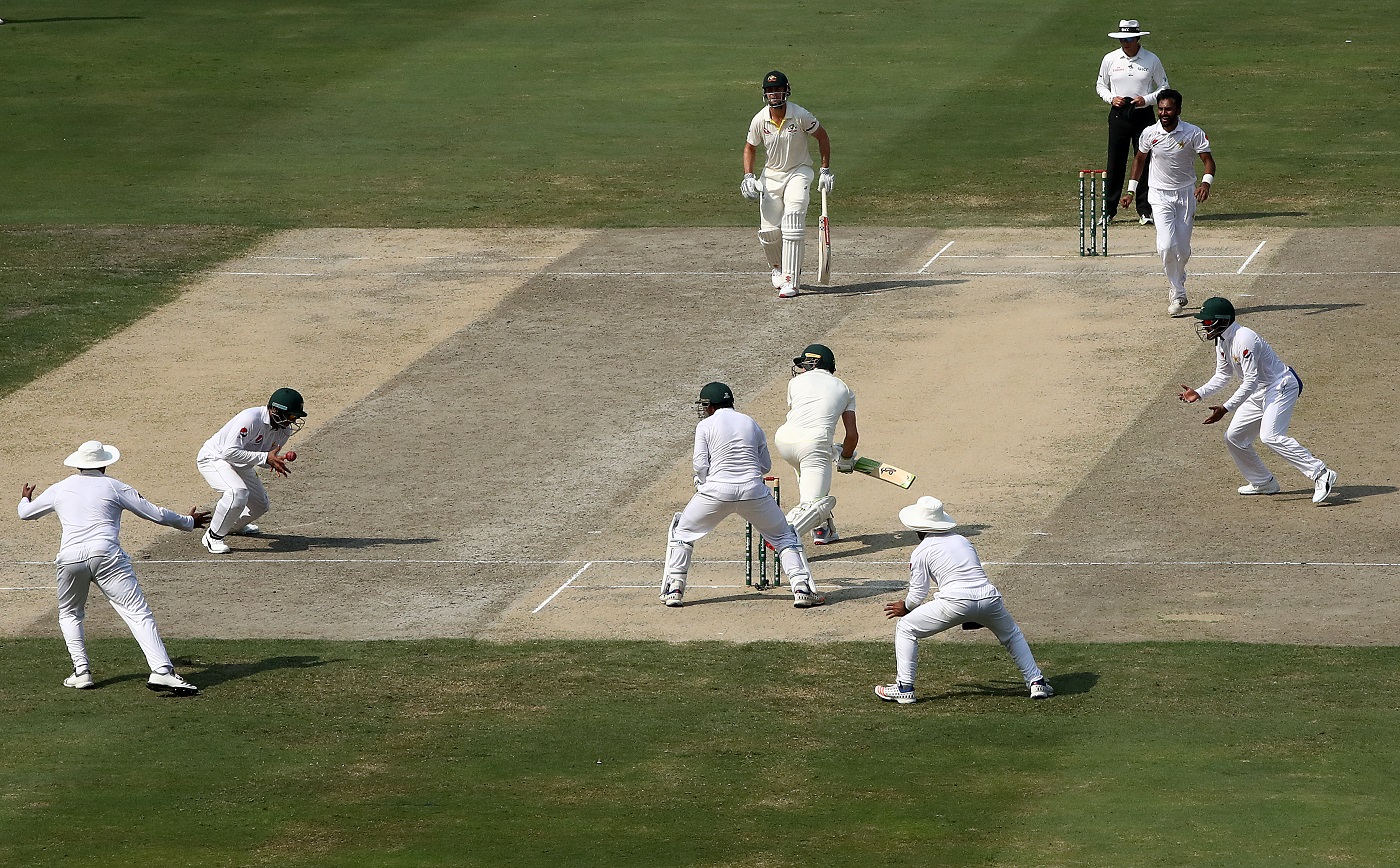 PESHAWAR: Pakistan were in a strong position on conclusion of the third day play in the first Test of the two-match series in Dubai on Tuesday.

Pakistan had a lead of 325 runs at the end of the day’s play in their second innings with seven wickets to spare. In response to Pakistan’s first innings score of 482, Australia were all out on 202 despite a good start due to brilliant bowling by Mohammad Abbas and Bilal Asif. Abbas took four wickets, while Bilal Asif took six wickets on his debut. For Australia, Usman Khawaja was top batsman with 85 runs, while Aeron Finch scored 62. After a strong opening partnership of 142, the rest of batsmen could not contribute much.

Pakistan decided not to pursue follow on and came again to bat with an aim to gain a big lead and put pressure on Australia on a turning track. Pakistan were playing on 45 for the loss of three wickets when the day’s play ended.