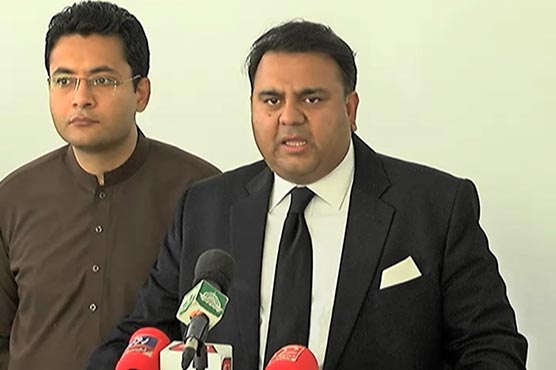 The minister said this while speaking at a press conference here. He said a high-level delegation will visit Pakistan in the first week of October.

The Saudi people extended a warm welcome to Prime Minister Imran Khan, he said, adding that King Salman bin Abdulaziz has ensured that the kingdom stands beside Pakistan.

Prime Minister Imran Khan said that securing the kingdom is the same as protecting Pakistan.

He said that upon the recommendation of the Saudi monarch a high-level committee has been formed. In the visit to Pakistan, Saudi delegation will comprise Saudi finance minister and Energy minister, said Chaudhry.

Fawad said that the pacts with Saudi Arabia will be transparent and clear, and huge investment will be done from the other side.