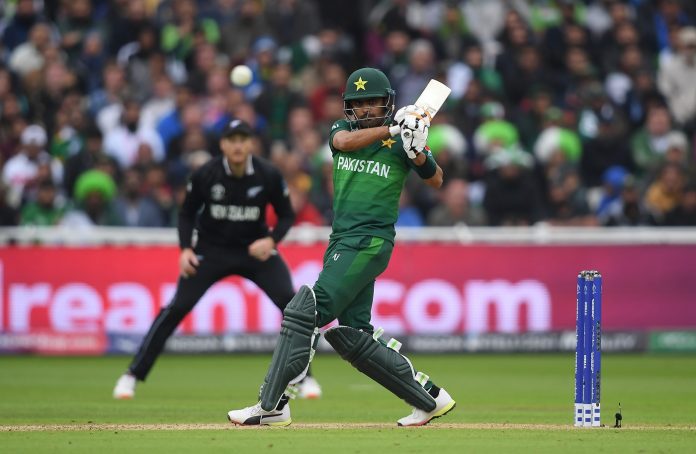 PESHAWAR: Pakistan defeated New Zealand in a crucial match of the ICC World Cup at Birmingham on Wednesday and kept their hopes of qualifying for semi-finals alive.

New Zealand decided to bat first on a sporting pitch and keeping in view Pakistan’s weakness while chasing the targets. New Zealand did not find it easy to start and their first five wickets fell for 83 runs due to brilliant bowling by Shaheen Shah Afridi who took three wickets in his initial spell. However, Williamson, Grandhomme and Neesham batted well and scored 41, 64 and 97 respectively and took the score to 237 for the loss of six wickets.

Shadab Khan and Mohammad Amir also took one wicket each.

Pakistan surpassed the target on the first ball of the last over with the loss of four wickets due to brilliant batting by Babar Azam who remained unbeaten on 101, while Haris Sohail scored 68 runs.

For New Zealand, Boult, Williamson and Ferguson took one wicket each.

Babar Azam was declared player of the match. He said after the match that it was his best innings. “The wicket was difficult and turned a lot in the second half. The plan was to go through to the end and give my 100 percent. When we started, the plan was to see out Ferguson. But when Santner came on, the plan became not to give wickets to him and cover up later when the fast bowlers come on. The fans support us here in Birmingham, it’s great,” he said.

Pakistan skipper Sarfraz Ahmed said the crowd is always behind the Pakistan team.

“Fielding is a very important part. Unfortunately we didn’t do well in the previous matches. We practiced hard. The way we played today, it was a great team effort. All the bowlers did really well and in the end Babar and Haris – one of the finest batting I’ve ever seen,” he said.

Williamson said New Zealand were outplayed by a strong Pakistan side. “I think there was a little bit more bounce than we experienced on the same surface we played the other day. The fight that was shown in the middle and back end was good, to get us in a position where we were competitive. But that partnership with Babar and Haris, they took it from us,” he said.

Pakistan have climbed to sixth position on points table with Wednesday’s victory and they will have to win the next two matches against Afghanistan and Bangladesh will good margin to keep their hopes of qualifying for semis alive.