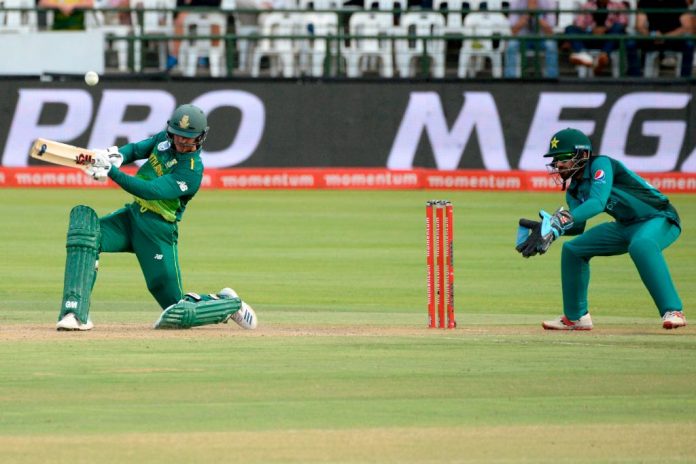 PESHAWAR: The first match to the three-match T20 series between Pakistan and South Africa will be played in Cape Town today (Friday).

The match will begin at 9:00pm (PST). After comprehensive defeat in the Test series and comparatively better performance in the just concluded ODI series, Pakistan will be looking forward to lift their game in the shortest format of the game against South Africa. Pakistan are currently on top of the international T20 rankings and they will back themselves for a good performance in this format.

Pakistan are currently on a 11 series winning streak in the T20. Their last defeat in a bilateral T20 series came against New Zealand back in January 2016. Pakistan may miss their regular captain Sarfaraz Ahmed who is serving a four-match ban after a racial jibe against Andile Phehlukwayo, but the visitors have a good replacement in shape of Mohammad Rizwan who is in good form recently.

South Africa have a comparatively inexperienced team and they will be looking to carry their momentum of ODI series into the T20s. They are currently ranked fifth in the T20s, much lower than the top-ranked visitors. Pakistan are 24 rating points above Proteas, with Pakistan winning 29 of 33 games they have played since the World Cup. South African captain Faf du Plessis (c) believes that his young side as the potential to win the series.

The weather is expected to be clear and the pitch is likely to be good for batting with initial benefit for bowlers. The team winning the toss may like to bowl first.