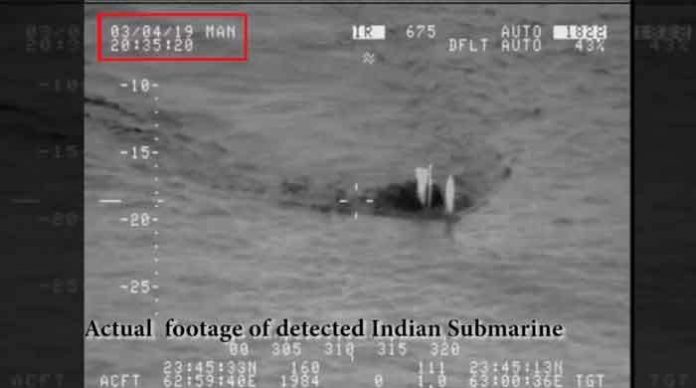 The statement said the thwarting of the Indian submarine entry showed Pakistan Navy’s superior skills. The Navy said will keep defending Pakistan’s naval border and the force has the capability to respond to any aggression.

Pakistan has already thwarted India’s air and land aggression in the aftermath of the Pulwama attack which India blamed on Pakistan without providing any solid proof.

On February 26, the Indian planes entered Pakistan airspace and did bombing in Balakot and claimed killing over 300 terrorists. However, it failed to provide any proof of this claim to the world or even its own people. The next day Pakistan downed two war planes of India and showed its proof to the world. An Indian pilot was also captured alive and he was handed over back to India as peace ensure. But despite, Pakistan’s noble posture, India escalated tension at the Line of Control and resorted to indiscriminate shelling and firing. Pakistan’s befitting response silenced the Indian guns.

After visible frustration on aerial and land front, India Tuesday attempted aggression through navy, but that was also foiled by the vigilant Pakistan Navy.

Now the Indian government is under fire from the opposition over failing to produce any evidence of its claims. The international media and leadership is also appreciating Pakistan’s posture of peace in the whole conflict.