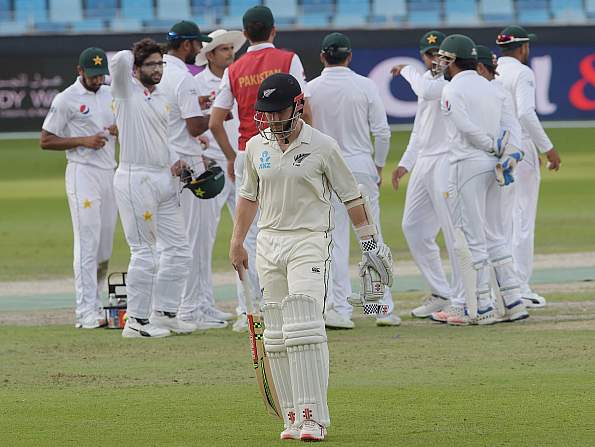 PESHAWAR: The third and final match of the three-match Test series between Pakistan and New Zealand will begin in Abu Dhabi tomorrow (Monday).

The match will begin at 11:00am (PST). Pakistan will be increasingly confident of winning the series after their overwhelming victory in the second Test in Dubai. The series is currently levelled 1-1. Pakistan lost the plot in the final moments of the first Test and lost it narrowly, but they didn’t make any mistake in the second match and won big.

Although Pakistan have well settled playing 11, but injury to Mohammad means that Shaheen Shah Afridi, who was player of the series in the last month’s ODI series against New Zealand, will get his Test debut in tomorrow’s match. Shaheen Shah said he is excited over the prospect of getting the Test cap and will try his best to show good performance. The remaining team are likely to be the same which defeated New Zealand in the second match.

Pitch and conditions in Abu Dhabi are likely to be the same as were in the previous match and the team winning the toss is most likely to bat first.