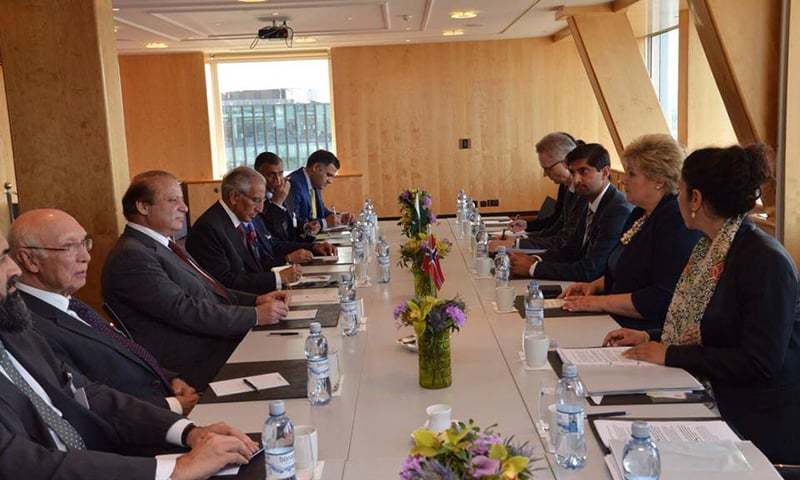 PESHAWAR, 8 July: Pakistan and Norway have signed a Memorandum of Understanding (MoU) for construction of 150 megawatts solar power plants.

Prime Minister Nawaz Sharif and his Norwegian counterpart Erna Solberg witnessed the signing ceremony of the agreement on Tuesday. Under the agreement three solar power plants will be installed in Sindh in a period of one year. The project will cost Rs60 billion.

The prime minister said on the occasion that the government will overcome the energy crisis within three years. He said billions of rupees are required for the rehabilitation of the internally displaced persons (IDPs) affected by military operations in Pakistan.

Mr Sharif said steps had been taken for repatriation of the IDPs. He said over two million people had been displaced due to military operations. He said his government is giving special emphasis to education.

The prime minister is currently on a three-day visit to Norway. Adviser to PM, Sartaj Aziz, Minister of State for Education Balighur Rahman and Special Assistant to PM Tariq Fatemi are also accompanying him.