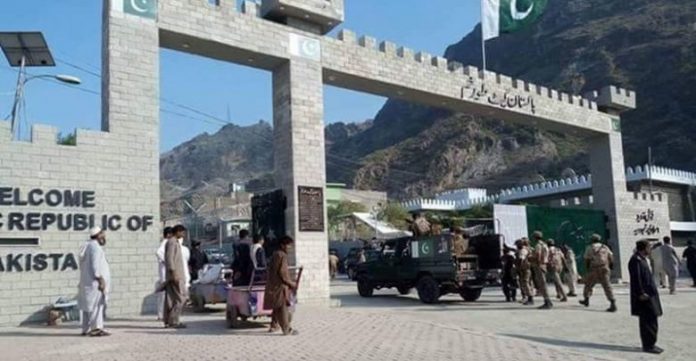 PESHAWAR: The flag meeting between the border officials of Pakistan and Afghanistan on Thursday brought fruit as Pakistan has that Pak-Afghan border at Torkham and Chaman will now be open round the clock, six days per week.

The Ministry of Interior has issued a notification the Torkham and Chaman borders will remain open 24 hours for six days except from Saturday which will be reserved for pedestrian move only as per procedure already in practice. The standard operating procedures (SOPs) would be implemented for pedestrians as well.

During six days when the border will be open, unlimited number of trucks will be allowed to cross per day while ensuring proper SOPs and guidelines for both bilateral and transit trade with Afghanistan.

The border opening orders have been issued after a flag meeting between the Pakistani and Afghan officials at Torkham border.

The Pak-Afghan borders were closed on March 27 as a precautionary measure to avoid the spread of coronavirus. After increasing demands from people and traders from both sides, the borders were opened for three days a week in April.

The decision of opening the border round the clock will come as a big relief for people stranded on both sides of the border.

Traders have welcomed the decision terming it as a milestone in promoting trade between Pakistan and Afghanistan.

Convener FPCCI for Afghanistan and Central Asian Countries Trade Committee Shahid Khan Shinwari said people from trade and business communities had several meetings with the concerned officials to ease the closure of Torkham border due to coronavirus and gradually resume business activities.

He said Afghan government and the Afghan Embassy in Islamabad had sent a written request to the Pakistani government regarding the re-operation of the Torkham border, early clearance of stranded trucks on both sides of the border and issues of more facilitation to the traders. He said the Pakistan government responded positively to the request.