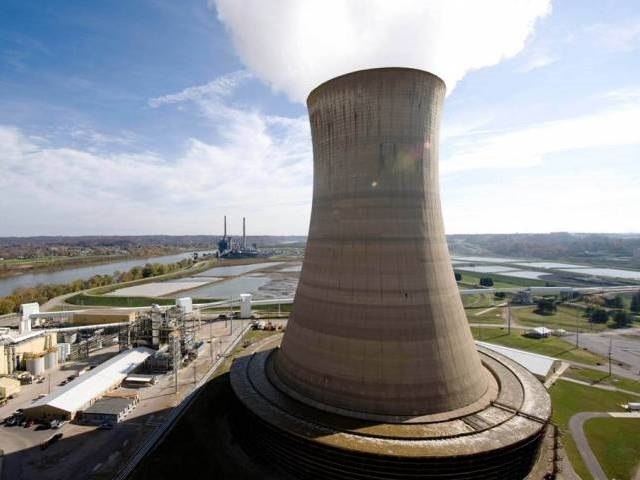 Hanifullah Jan
In December 2015, delegates from over 150 countries gathered at the UN Climate Summit in Paris to sign an agreement to control the damages climate change is offering to the world. Summit concluded with the goal of limiting the rise of global temperatures below 2 degrees Celsius.

However, while the rest of the world is holding down on coal consumption, Pakistan is reviving its coal industry with several new power plants. These coal power plants will discharge billions of tons of carbon dioxide into the atmosphere over their lifetime.

Despite Pakistan’s diminutive contribution to global Green House Gasses (GHG) emissions, it is among the top ten most climate-affected countries of the world, as indicated by the Global Climate Risk Index developed by Germanwatch.

Recently, Sahiwal Coal Power plant has been inaugurated whereas a total of 8000 MW of power is to be produced through coal once rest of the projects in pipeline are installed. All of the upcoming coal power plants are supercritical technology.

Pakistan currently ranks 135th on the list of global emitters of carbon on a per capita basis, accounting for less than 1% of total global carbon emissions. The country’s carbon dioxide emissions in 2015 totalled 180 million metric tons and are increasing at rate of 3.9% percent annually.

Pakistan govt allocated a small Rs815mn (0.003% of GDP) to climate change in the latest Federal Budget. As per BP Global statistical review of world energy-2017-co2-emissions Pakistan carbon emissions in million tons is as follows

Unfortunately, country is not much focused on meeting its energy demands by producing it through Renewable Energy (RE) resources.
Currently 6 wind farms are operational having a total capacity of 308 MW. Nine Wind farms of total capacity of 477 MW are under construction and 14 wind farm projects of 663 MW are in pipeline. 28 solar power projects of cumulative capacity of approximately 1,956 MW are being pursed.

Around one-third of Pakistan’s total energy generation (around 6,500MW) comes from hydel sources. There are 11 hydel projects in the pipeline totalling around 4,500MW.
Pakistan has a current energy deficit of about 4,000 megawatts.

It is important to mention here that Pakistan’s coal utilization is very low as compared to other countries in the region. In India, 63% and in China 65% of electricity is generated through coal.

By putting up new coal power projects, Pakistan is aligning its energy generation mix in line with global trends. But on a greater cost of climate change and the destruction it is to come with.

At the same time, Pakistan continues to use and expand hydel, solar and wind.
As per the Secretary to Ministry of Climate Change, Pakistan is losing around Rs365bn or around US$3.5bn/year due to environmental degradation.

Pakistan govt allocated a small Rs815mn (0.003% of GDP) to climate change in the latest Federal Budget. In light of revenue constraints and rising fiscal deficit, it is unlikely that this amount will increase significantly.

Answering the questions in connection with the production of electric energy from coal, an official from the Ministry of Climate Change said that power generation from coal is now their priority as ‘development is not possible without this alternative source of energy’.

“Our economic progress has been at standstill, most of the factories are closed; and evidently due to shortage of energy, but we cannot sit idle, we have to continue on the tempo of progress and development,” he added.

Ministry claims that Pakistan is the 7th most affected country of the whole world due to climate changes. Ministry officials maintain that so far Carbon Emission is concerned, it is very low in Pakistan itself and that Pakistan should not be blamed for this climactic catastrophe. Pakistan has never enhanced this emission any time.

Initiatives have been taken for enhancing the rate of plantation in Pakistan and in this regard Green Pakistan Day was celebrated on 9th February, this year.
Plantation 100 million trees is being done.

This massive project was to be completed in 5 years duration and funds have been released to the provinces for this purpose and work has been started in collaboration with provinces.
Moreover, a new project has been sanctioned by the name, Glacier out Lake Burst Fund, Rs. 37 million strong, which shall be funded by Green Climate Fund and Adaption Fund.

Hinting at these projects officials at the Ministry of Climate Change in Pakistan say that their commitment is visible from these initiatives and precautionary measures and that they are not oblivious of the great repercussions and potential dangers of climactic change. ‘We are cognizant of the facts and we have tried out utmost to minimize the carbon emission to the lowest degree’, they say.

The second initiative by the government of Pakistan is that Climate Change Act has been passed and under its supervision Climate Change Council Authority shall be configured and Funds shall be created for the purpose.

And this Climate Change Council Authority shall be under the direct control of Prime Minister and chaired by him. Pakistan is the 4th country of the world to build such kind of Authority tackling the problems of climactic change .

This council shall be composed of different experts from miscellaneous departments and institutions. It is a fact that climactic change is not solely pertaining to Environmental Departments but each department has stake in it and directly and indirectly have been affected. Agriculture, Health, Education etc., is intimately associated and every department bears the brunt. So creation of collective policies is the cry of the day.

On the other hand, it is worth mentioning here that a new field of activities is the Red Plus Mechanism and the people are being made aware about the mechanism Pakistan is also trying to produce energy from solar projects. Quaid eAzam Solar Park is one of the greatest and mega project, with the generation of 1000 Mega Watt electric power is an example in this case. But Former minister of Water and Power, Khawaja Asif, while talking to media said that Solar energy is not reliable provided that changes in weather do affect the production.

As our energy needs are vast, so we have taken several options. The cost of renewable energy is declining around the globe, therefore, Pakistan must also use this opening to develop its vast homegrown renewable energy resource-base to strengthen the green economy.