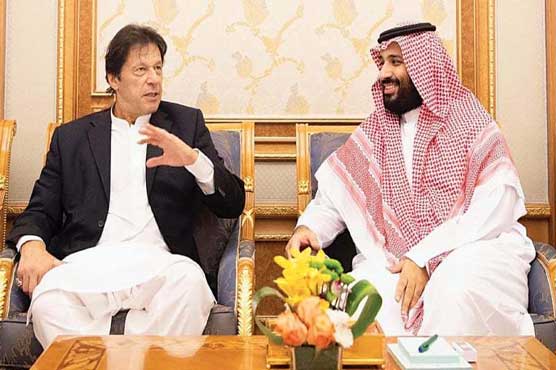 PESHAWAR: The State Bank of Bank (SBP) on Monday confirmed that the Saudi Arabia’s one billion dollars aid has been received and another $2 billion will be received within few days.

Prime Minister Imran Khan during his visit to Saudi Arabia on 23 October had announced that the Kingdom will provide $3 billion aid to Pakistan as balance of payment support. The Saudi government had also agreed to provide oil worth $3 billion to Pakistan on deferred payment. The Saudi aid is expected to improve the state of Pakistan’s economy and the value of rupee against the US dollar will also stabilise.

Prime Minister Imran Khan also said that his recent visit to China was extremely successful and he secured a lot of incentives for Pakistan. However, he said, he cannot disclose the details of these incentives as the Chinese government has requested to keep the package undisclosed.

After the Saudi Arabia and China visits, the prime minister also visited the United Arab Emirates and the visit was termed quite successful. He will leave for a two-day visit to Malaysia today (Tuesday).