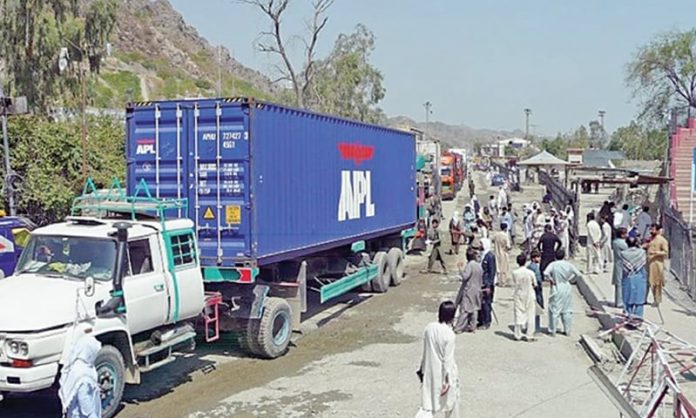 PESHAWAR: After Indian move to end autonomous status of Indian Held Kashmir (IHK) and unleashing unprecedented violence upon innocent Kashmiris fighting for their right to self-determination, Pakistan has ruled out possibility of allowing transportation of Indian goods to Afghanistan via Wagah border.

Prime Minister’s Adviser on Commerce Abdul Razak Dawood said while addressing a news conference in Islamabad on Wednesday that Pakistan has asked Afghanistan to not link trade access through Wagah border because transit trade is a bilateral arrangement and third party should not be brought into it. He said the Afghan side has agreed to Pakistan’s point of view.

The prime minister’s adviser, who would be visiting Afghanistan later this month, said the government is considering different aspects of reviewing trade ties with India in the aftermath of their problematic attitude in Kashmir. Pakistan on Wednesday expelled Indian High Commissioner Ajay Bisaria, after it deciding to downgrade diplomatic relations with India over New Delhi’s unilateral and illegal move to revoke the special status of IHK.

Abdul Razak Dawood said he would be visiting Kabul between August 20 to 30 as Afghan Ambassador has extended an invitation to him for talks on Preferential Trade Agreement (PTA). He said he expects the Afghan side to raise the issue of access through Wagah border. He made it clear that Afghanistan should not link bilateral issue at a forum that was not trilateral.

Meanwhile, Afghan Ambassador to Pakistan Shukur-allah Atif Mashal called on Abdul Razak Dawood to discuss trade-related issues. Both sides agreed to start the process of PTA between the two countries.

The PM’s adviser said Pakistan and Afghanistan share long historical, political and economic ties. However, the volume of current bilateral trade is much below than the available potential owing to trade barriers which are required to be removed forthwith with mutual consultation. Therefore, he said, both countries need to take steps to exploit the untapped trade potential between Afghanistan and Pakistan.