PESHAWAR: Pakistan and Saudi Arabia have agreed to work together to protect Hajj and Umrah pilgrims from coronavirus which has caused nearly 500 deaths in China so far and thousands of others have been infected. 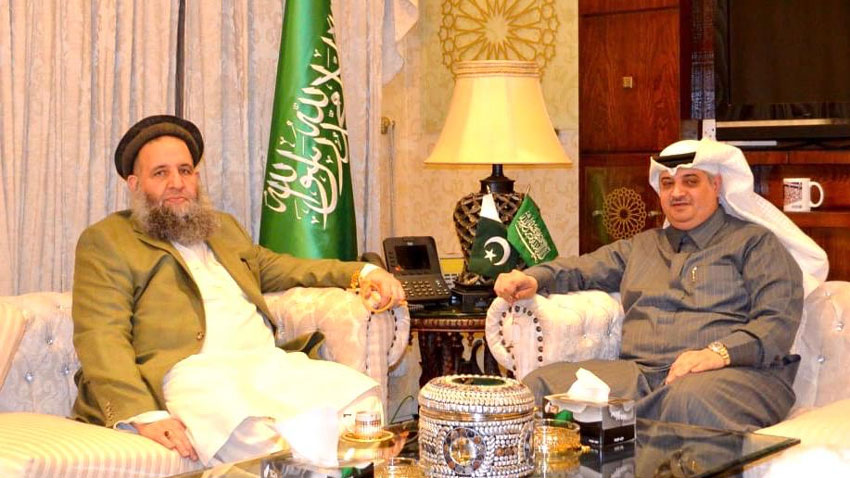 The minister held important meeting with the Saudi ambassador after his recent visit to Makkah to review Hajj arrangements for Pakistani pilgrims. During the Makkah visit, Noorul Haq Qadri was accompanied by Director Hajj Sajid Asadi and a high-level delegation of Moassasah South Asia. The minister visited Mina and reviewed double-storey tents. Noorul Haq Qadri said the multi-storey tents would help to overcome space problems for the pilgrims.

Death toll in China mounts to 490

The death toll from coronavirus in China has mounted to 490. The Chinese authorities have reported 65 new fatalities in Hubei province, the epicentre of the disease outbreak.

Pakistan has resumed flights to and from China after a brief halt and asked its citizens in China to register with the Pakistan Embassy in Beijing.

The directions have been made after several Pakistani citizens in China complained that the embassy has no proper database of citizens in China. All the citizens coming from China directly or indirectly are scanned before being allowed to go home.

The Foreign Office said there are about 30,000 Pakistani studnerts in China, including 500 in Wuhan city of Hubei province, the epicentre of the disease outbreak, besides other businesspersons. Pakistan has decided not to evacuate its citizens from China arguing that it trusts the best healthcare system of China and believes that China will overcome the challenge soon.