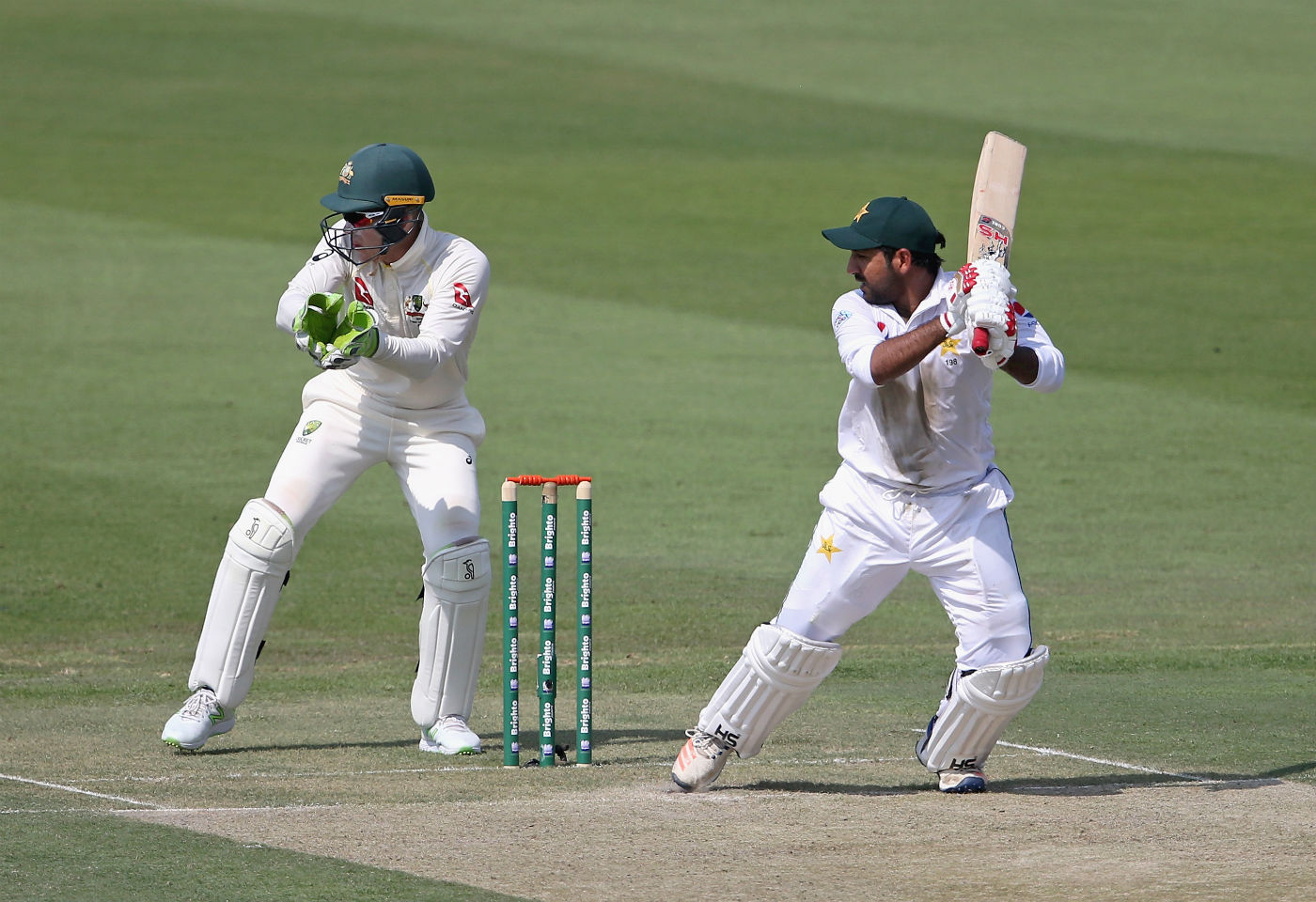 PESHAWAR: Despite a middle order collapse, Pakistan on Tuesday fought their way to 282 runs on the first day of Abu Dhabi Test against Australia.

However, debutant Fakhar Zaman and captain Sarfraz Ahmed staged a fight-back for Pakistan with 147 runs partnership for the sixth wicket. However, both were unlucky to miss the centuries and losing their wickets on 94 runs each.

Before the close of the first day’s play, Mohammad Abbas took two wickets and Australia ended the day with 20 runs on the board. Abbas has now become the joint second fastest Pakistani to the milestone of 50 wickets.

Australia are playing the Test with the same team which played first Test in Dubai while Pakistan replaced injured Imamul Haq and Wahab Riaz with Fakhar Zaman and Mir Hamza.