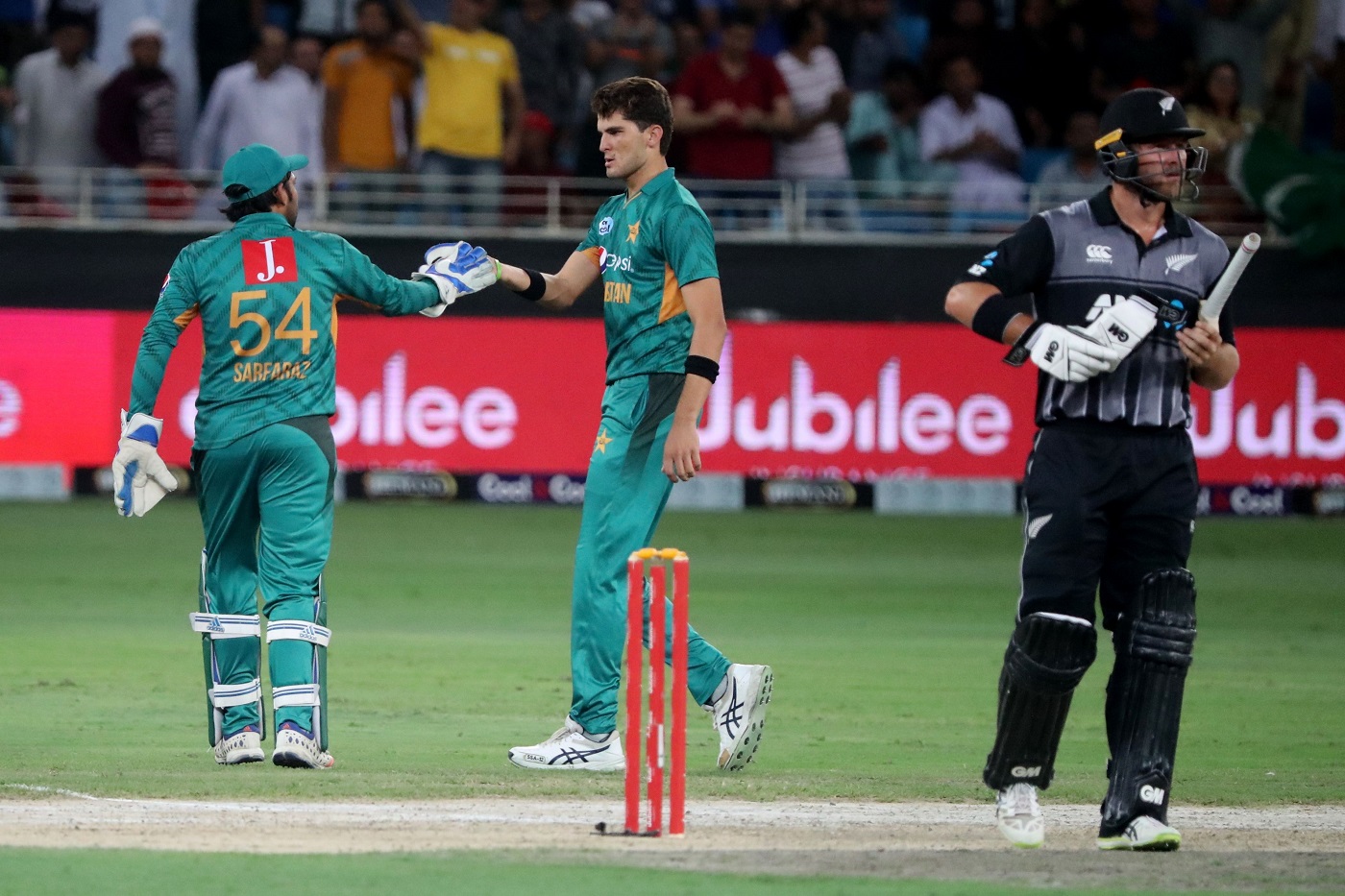 PESHAWAR: Pakistan defeated New Zealand by six wickets in the second match of the three-match T20 series by 6 wickets in Dubai on Friday.

With Friday’s victory Pakistan sealed the series 2-0 with one match remaining. New Zealand elected to bat first after winning the toss and scored 153 runs for the loss of seven wickets. Colin Munro and Corey Anderson were top scorers for New Zealand with 44 runs each, while captain Kane Williamson scored 37 runs.

For Pakistan Shaheen Shah Afridi was the pick of bowlers with 3 wickets, while Imad Wasim and Mohammad Hafeez took one wicket each.

Shaheen Shah Afridi was declared player of the match.

It was 11th straight T20 series victory for Pakistan. The next match of the series will be played in Dubai tomorrow (Sunday).