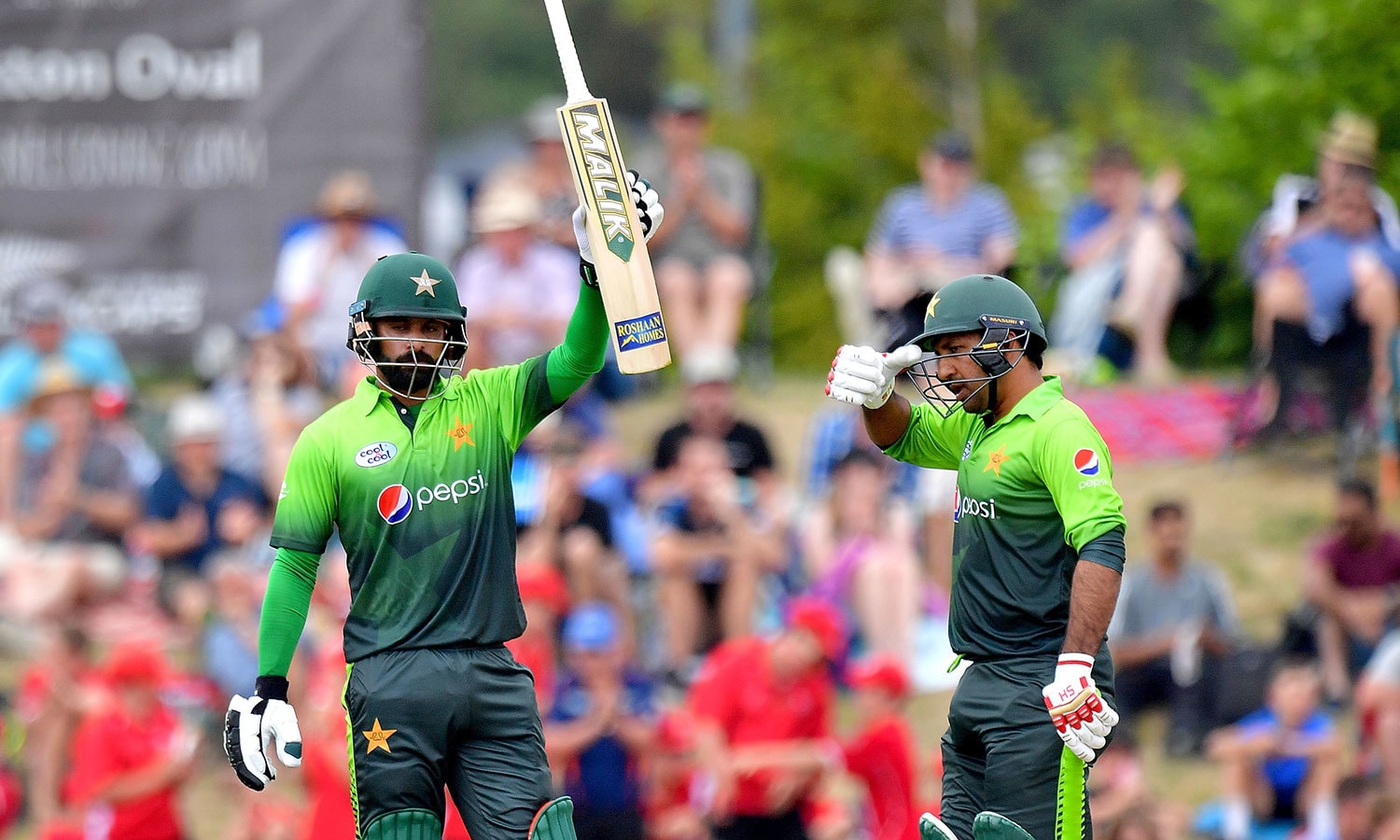 PESHAWAR: Pakistan has set a target of 263 runs for New Zealand in the fourth match of the five-match ODI series in Hamilton.

Pakistan decided to bat first after winning the toss and scored 262 runs for the loss of eight wickets. Mohammad Hafeez was top scorer with 81 runs, Fakhar Zaman scored 54, Haris Sohail scored 50 runs, while captain Sarfaraz Ahmed scored 51 runs. Faheem Ashraf was given chance as an opener, but this experiment failed as he was out for only one run.