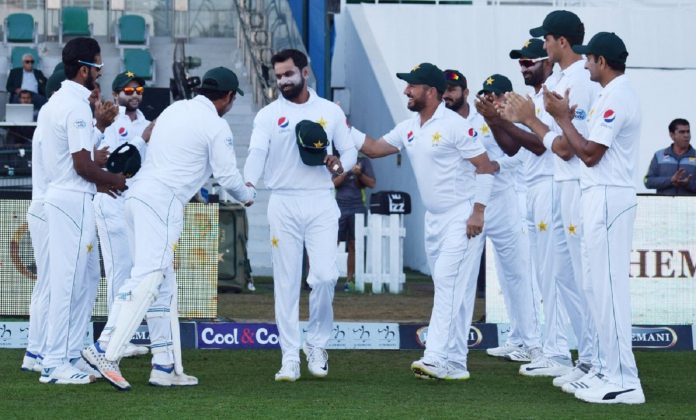 PESHAWAR: After a disappointing defeat in the just concluded three-match Test series against New Zealand in the United Arab Emirates, Pakistan have moved down to seventh position in  the latest International Cricket Council (ICC) Test Rankings.

Before the New Zealand series, Pakistan were placed on sixth positon with 95 points, but now they have moved further down to seventh spot with 92 points. According to latest rankings, India are on top with 116 points, England are second with 108 points, South Africa are third with 106 points, New Zealand are fourth with 105 points, Australia are fifth with 104 points and Sri Lanka are sixth with 93 points. Pakistan could have moved to fourth position in the rankings had it beaten New Zealand 3-0 in the series. New Zealand won the series 1-0 by winning the first and third match of the series.

In Test bowlers ranking, Pakistan’s Mohammad Abbas is on third position, while Yasir Shah is on ninth.