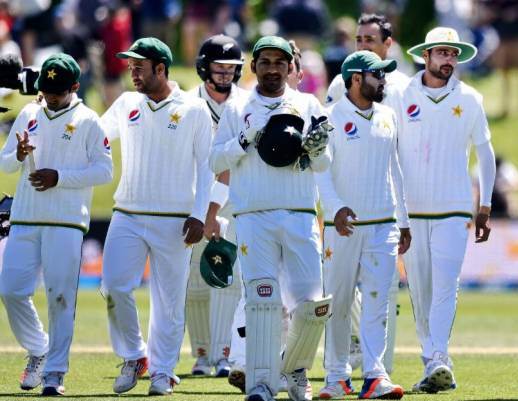 PESHAWAR: The first match of the three-match Test series between Pakistan and South Africa will begin today (Wednesday) at the Centurion.

The match will begin at 1:00pm (PST). South Africa will start the match as overwhelming favourites due to their superior ranking and suitable conditions at home ground. Although, two bowlers Philander ad Ngidi are injured, but still the top-ranked Test bowler Kagiso Rabada and Dale Steyn with their express pace are likely to pose a big challenge to Pakistan who are struggling for form in the longest form of the game. Steyn is just one wicket away to break the record of most Test wickets for South Africa by Shaun Pollock.

Pakistan, after recent Test series defeat from New Zealand in the favourable UAE conditions, will have to play out of their skins to win a Test series first time in South Africa. The injuries to the main bowlers Mohammad Abbas and spinner Shadab Khan have also affected Pakistan’s attack. In such a scenario, Pakistan will depend heavily on Mohammad Amir and Yasir Shah. Faheem Ashraf may also be included in the playing eleven as an all-rounder option.

However, Fakhar Zaman has been declared fully fit for the Boxing Day Test and his form will crucial for Pakistan.