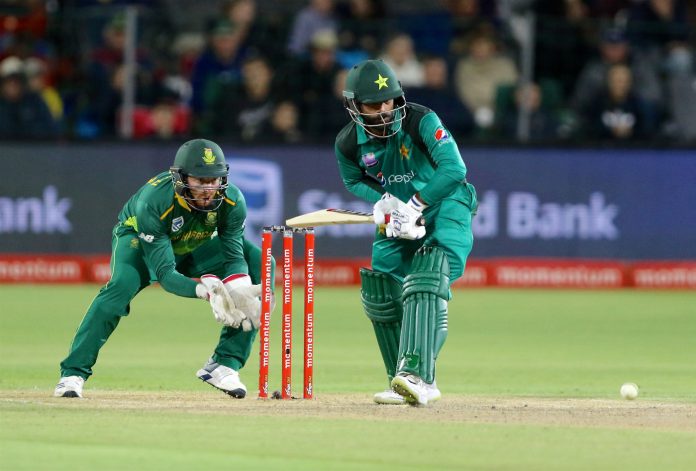 PESHAWAR: The second match of the five-match one-day international (ODI) series between Pakistan and South Africa will be played at Durban today (Tuesday).

The match will begin at 4:00pm (PST). Pakistan will go into the match with their confidence restored after victory in the first match by five wickets. It is likely that they will go into the match with the same combination which defeated South Africa in the first ODI as the winning teams usually do. However, they may bring in Mohammad Amir or Shaheen Shah Afridi in today’s match to reinforce the bowling unit as the pitch is expected to be fast and bouncy.

South Africa have suddenly started feeling a bit of pressure and they may consider changes to the playing eleven keeping in view the nature of the pitch. In the first match, although the batting of Proteas looked good, but at the end of their inning they did not gain enough pace and posted 266 runs which Pakistan chased easily in the end. A particular matter of concern for South Africa was that they could not pose a massive total despite losing only two wickets in their inning. That was particularly because of bowling discipline by Pakistan.

Duanne Olivier, who was star of the Test series with 24 wickets, although took two wickets in his quota of 10 overs, but he conceded 73 runs in the process. He may be dropped for the second match.

Pakistan will be particularly happy with the form of Imam-ul-Haq, Babar Azam and Mohammad Hafeez, however, they will look to Shoaib Malik, Fakhar Zaman and captain Sarfraz Ahmed to contribute more with the bat.

Pakistan hasn’t lost an ODI to Proteas since 2013 and they will be hoping to capitalise on it and extend their success in ODIs.