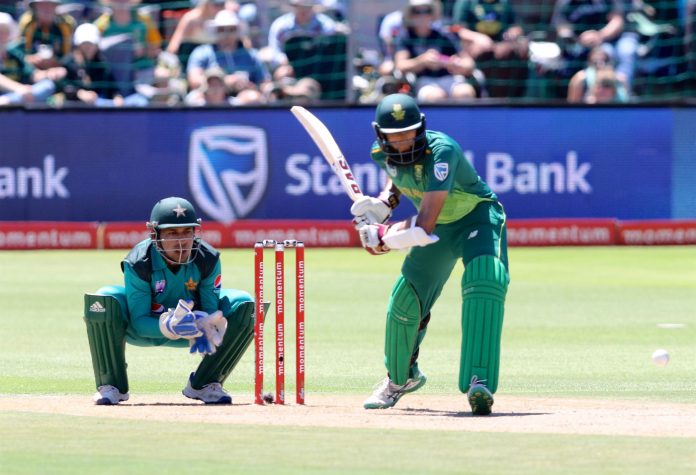 PESHAWAR: The third match of the five-match one-day international (ODI) series between Pakistan and South Africa will be played at Centurion tomorrow (Friday).

Pakistan may consider bringing back Imad Wasim keeping in view the failure of Hussain Talat in the last match who was included in the playing eleven in place of Imad in the hope of good batting performance.

The other change likely in the team is that of captain Sarfraz Ahmed who is currently under fire over his apparent ‘racial comment’ on Andile Phehlukwayo in the second match. Although, Sarfraz has accepted his mistake and apologised for his comment, but it is likely that he may face ban from the International Cricket Council (ICC).

“I wish to extend my sincere apologies to any person who may have taken offence from my expression of frustration which was unfortunately caught by the stump mic during yesterday’s game against SA. My words were not directed towards anyone in particular,” Sarfraz said on Twitter.

He added, “I certainly had no intention of upsetting anyone. I did not even mean for my words to be heard, understood or communicated to the opposing team or the cricket fans. I have in the past and will continue in future to appreciate the camaraderie of my fellow cricketers from across the globe and will always respect and honour them on and off the field.”

The Pakistan Cricket Board (PCB) in a statement regretted the incident and said it is confident that this incident will not affect the series, which has been played in great spirit.

However, cricket experts believe that it will be very difficult for Sarfraz to avoid the ban.

Proteas have also brought back Quinton de Kock and Dale Steyn in the ODI squad which has further strengthened their team. They were rested for the first two ODIs. Uncapped Beuran Hendricks has also been included in the squad, while Duanne Olivier, Dane Paterson and Heinrich Klaasen have been rested.