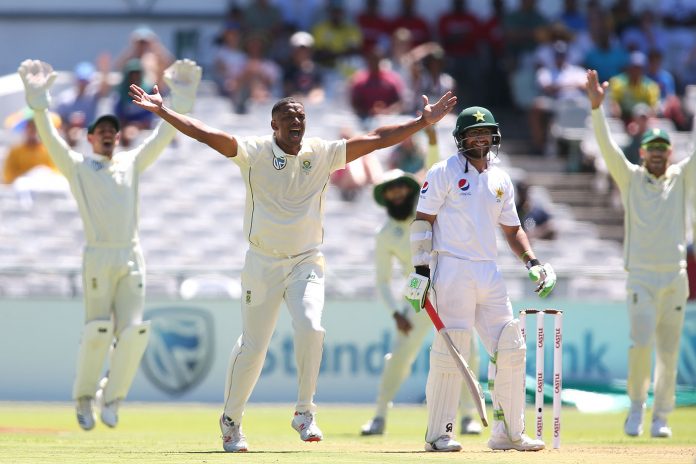 PESHAWAR: The third match of the three-match Test series between Pakistan and South Africa will begin today (Friday) in Johannesburg.

The match will begin at 1:00pm (PST). South Africa who are leading the series 2-0, will start the third match as overwhelming favourites after their crushing victory in the first two match and they will be looking for not less than a clean sweep.

South African captain Faf du Plessis has been suspended due to slow over rate due to which Dean Elgar with lead the team. Proteas are likely to give Test debut to Zubayr Hamza and Pieter Malan to test their bench strength as they have already secured victory in the series. Aiden Markram is likely to miss the match as he was not fully recovered from his injury. The bowling combination will depend on pitch condition. However, it is likely that Protease will go with an all-pace attack keeping in view the vulnerability of Pakistani batsmen against the moving ball on fast pitches.

Pakistan will also be keen to make changes in the playing eleven after massive defeats in the first two Tests. Media reports have indicated that Shaheen Shah Afridi is nursing an injury due to which he will miss the final match of the series. Hasan Ali, Shadab Khan and Faheem Ashraf are most likely to get chance in today’s match, while Yasir Shah is likely to be rested.

The pitch in Johannesburg is expected to be better for batsmen as compared to Centurion and Cape Town, but still Pakistani batsmen will have to step up as they haven’t posted an imposing total in the series so far. Pakistan haven’t won a Test on the Johannesburg ground so far.