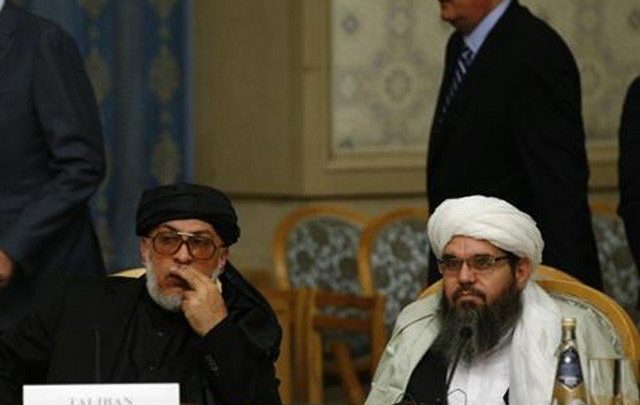 PESHAWAR: The representatives of the Afghan Taliban held direct talks with the US officials in Abu Dhabi, United Arab Emirates, while Pakistan is playing facilitation role.

Officials from Pakistan, Saudi Arabia and the UAE also attended the talks headed by US special envoy for Afghan reconciliation Ambassador Zalmay Khalilzad. Khalilzad led the US side, while the Taliban were represented by their negotiators from Qatar office.

Media reports said initial round of talks focused on phased withdrawal of the US and Nato forces from Afghanistan and subsequent security and administrative affairs of the country.

No statement was issued by any party to the talks, however, the Afghan Foreign Ministry said the role of Pakistan in the Afghan peace process is very significant.

Pakistan Foreign Office spokesman Dr Muhammad Faisal said in a tweet that talks on Afghan peace are being held in the UAE along with international community and other stakeholders. He said Pakistan is committed to peace and reconciliation in Afghanistan.

Alongwith with international community and other stakeholders, Pakistan is commited to peace and reconciliation in #Afghanistan. Talks are being held in UAE. We hope this will end bloodshed in Afghanistan and bring peace to the region. @mfa_afghanistan @StateDept @statedeptspox

Pakistan had arranged the meeting on the request of US President Donald Trump for help in the peace process. Pakistan had welcomed Trump’s move and had assured its full support in bringing a negotiated settlement to the Afghan conflict. Prime Minister Imran Khan had announced Friday that with the help of Pakistan, peace talks will be held in the UAE soon.