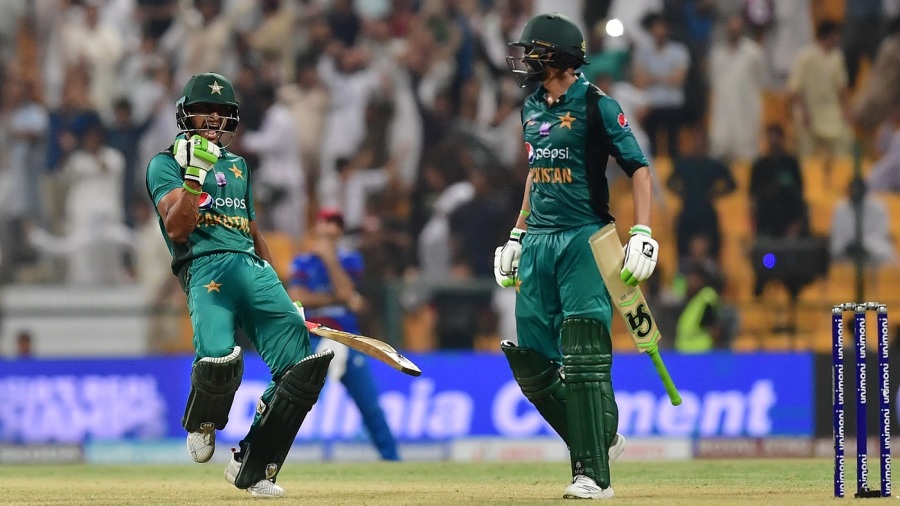 PESHAWAR: Pakistan on Friday survived a huge scare by defeating Afghanistan by three wickets in the Super Four round match of the Asia Cup in Abu Dhabi.

Afghanistan after winning the toss decided to bat first and scored 257 runs for the loss of six wickets. Hashmatullah Shahidi was best batsman for Afghanistan who scored 97 runs, while skipper Asghar Afghan scored 67.

Muhammad Nawaz took two wickets for Pakistan, while Shaheen Shah Afridi, who was on his ODI debut, took two wickets. Pakistan also had to pay for five dropped catches during their fielding which helped Pakistan score a big total.

Pakistan’s reply for the target wasn’t ideal as Fakhar Zaman was out on zero, however, Babar Azam and Imamul Haq steadied the innings with 60 and 80 runs respectively, but after that the next batsmen, except Shoaib Malik, didn’t contribute much. Shoaib Malik conjured up unbeaten 51 under pressure and took Pakistan to victory with just three balls remaining.

In another match of the Asia Cup in Dubai, India defeated Bangladesh by seven wickets in a one-sided contest.