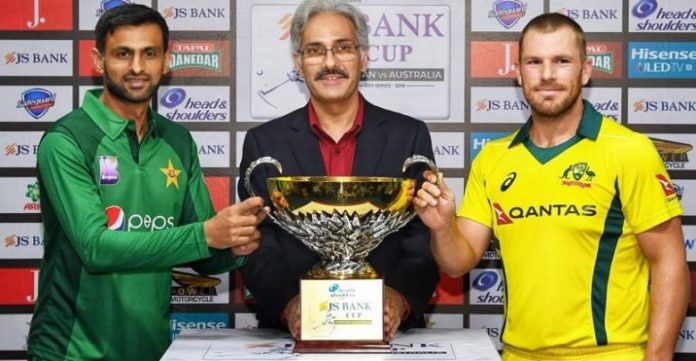 PESHAWAR: The first match of the five-match ODI series between Pakistan and Australia will be played in Sharjah today (Friday).

The match will begin at 4:00pm (PST). Shoaib Malik will lead the Pakistan team as regular captain Sarfraz Ahmed along with five other main plyers have been rested by Pakistan in the series to try new players ahead of the World Cup. It is after a long time that Pakistan have rested its main players in any series and sent youngsters to face a strong team like Australia. The main players who have been rested include Fakhar Zaman, Shadab Khan, Babar Azam, Hasan Ali and Shaheen Shah Afridi.

Shoaib Malik said while addressing a pre-match press conference on Thursday that Australia are coming after beating a strong Indian team at their home and it will be difficult to beat them. However, he said Pakistan have the players who have capability to beat Australia.

Australia have a strong record in ODIs against Pakistan, winning 62 out of 98 matches played so far, while losing 32. Australia also enjoy upper hand in ODIs played between the two countries in the United Arab Emirates. The last ODI series between Pakistan and Australia was played in 2017 which was won by Australia 4-0.

Sharjah has hosted the most ODIs in cricketing history. Out 236 matches hosted in Sharjah, Pakistan participated in 124, winning 83 and losing 40.

Pakistan coach Mickey Arthur also said in a statement that Pakistan will be looking to the series to fill some places for the World Cup.

On the other hand, Australia captain Aeron Finch said they will not take Pakistan lightly as they are strong despite absence of some players.