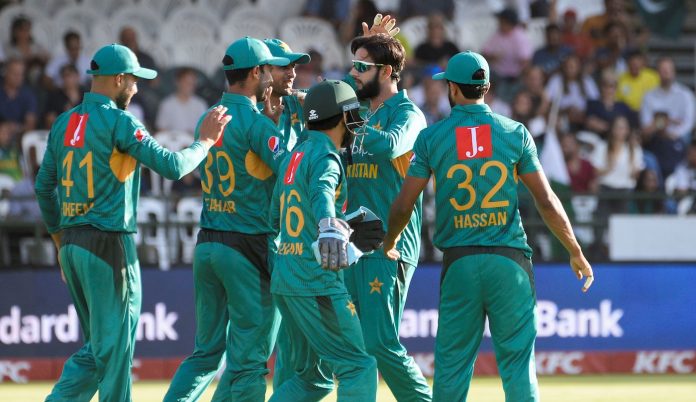 PESHAWAR: The second match of the three-match T20 series between Pakistan and South Africa will be played in Johannesburg today (Sunday).

The match will begin at 05:30pm (PST). With the start of the series, Pakistan were considered overwhelming favourites given their recent record and top ranking. However, the situation has changed after the outcome of the first match which South Africa won by six wickets. Now the pressure will be on Pakistan to overcome the South African challenge and their resurgence in the shortest format of the game.

However, despite best effort, Proteas managed to win just by six runs to break the winning streak of Pakistan, which means that the series will be hard fought and Pakistan will never be easy to beat.

Pakistan will also be looking to cash in on the absence of Proteas regular captain Faf Du Plessis who has taken rest from the reminder of the series. De Kock has already been ruled out of the series with injury and South Africa team is quite inexperienced as compared to Pakistan. Du Plessis was key to South Africa’s win in the first match and his absence in the rest of the series will test the team. David Miller, the man of match in first encounter, will lead South Africa in Du Plessis’ absence.

Pakistan may be looking for some changes in the final eleven after unfavourable outcome in the first match. Shadab Khan went for plenty and Faheem Ashraf wasn’t looking too good either. The batting department looked better, but some batsmen didn’t bat long. It may open the room for Mohammad Hafeez, Mohammad Amir and Shaheen Shah Afridi to be included in the second match. The omission of Hafeez in the first match wasn’t really understood keeping in view his good form recently. However, Hussain Talat, who was included in the playing eleven, batted well and proved his selection right.