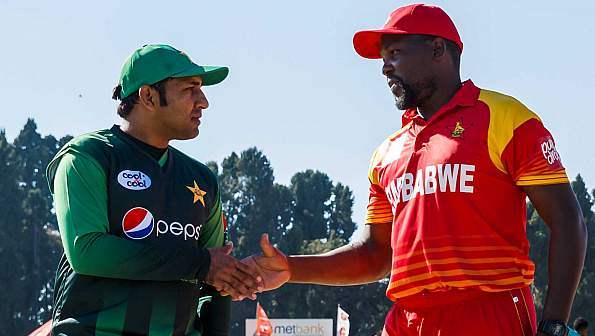 PESHAWAR: The fourth match of the T20 tri-series will be played between Pakistan and hosts Zimbabwe in Harare today (Wednesday).

The match will begin at 1:00pm (PST). Both the teams are hopeful to win the match. Pakistan are currently holding second spot on the points table with one win and one loss. Pakistan won first match against Zimbabwe and lost the second match against Australia. Australia are on the top with two wins, while Zimbabwe have lost both of their matches.

Changes are expected in the Pakistan team after a huge defeat from Australia in the second match. Out-of-form Hafeez may make way for Haris Sohail or Sahibzada Farhan. Shaheen Shah Afridi may also play today’s match in place of Usman Khan.