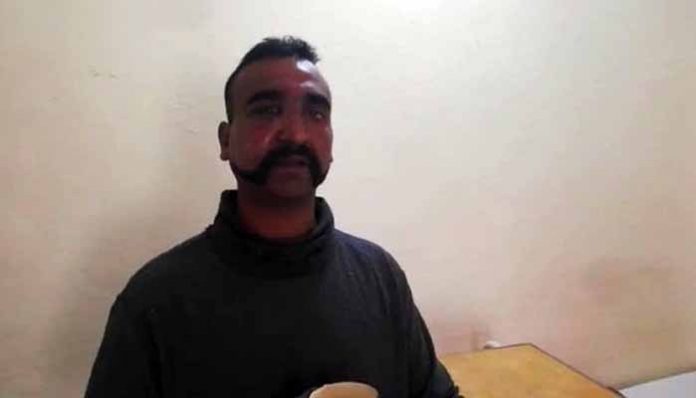 The announcement was made by Prime Minister on the floor of National Assembly on Thursday. He also announced that Pakistan is ready to talk to Indian Prime Minister Narendra Modi to de-escalate Indo-Pak tensions.

“We have an Indian pilot. As a peace gesture we will release him tomorrow,” Khan announced while addressing the joint session of Parliament. The premier further added that it is due to our desire of peace, and as a first step to open negotiations, that Pakistan will release the Indian Air Force officer.

Imran Khan, however, said our de-escalation efforts should not be seen as a weak gesture.

He also urged India not to escalate the situation. “Don’t take this any further, Pakistan will be forced to retaliate,” he added.  The premier also hoped that the international community will play its part to ensure the situation does not further escalate.

Khan also said that he tried to reach out to Indian Prime Minister Narendra Modi yesterday; however, he got no response from across the border. Imran said that his purpose for contacting Modi was to make clear that Pakistan does not want any kind of aggression and want the resolution of all outstanding issue through dialogues. The premier maintained that the core reason behind all the issues in the Kashmir dispute and asked the Indian that until the violence in Kashmir is not stopped, there will be attacks on Indian soldiers.

Navjot Singh Sidhu, Former Indian cricketer-turned-politician who is member Indian Punjab cabinet, praised Pakistan for his announcement on releasing the Indian pilot. Sidhu, who has attended Prime Minister Imran Khan’s oath-taking ceremony last year, said in a tweet. “Every noble act makes a way for itself… your goodwill gesture is ‘a cup of joy’ for a billion people, a nation rejoices… I am overjoyed for his parents and loved ones.”