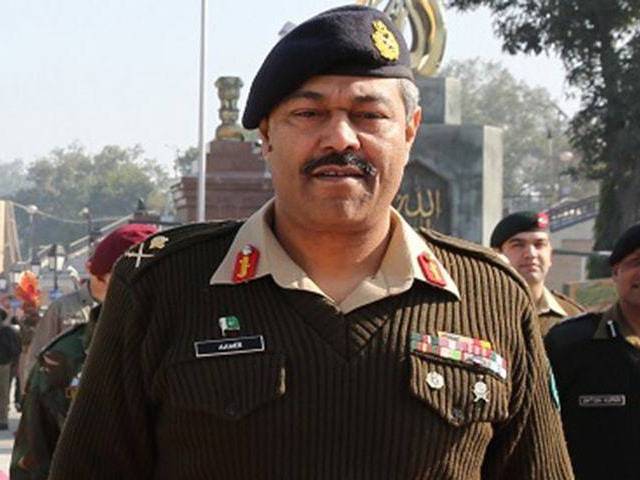 He also visited Civil Hospital Chaman and inquired after the health of the people injured in the Friday’s attack. Inspector General Frontier Corps Balochistan, Major General Nadeem Anjum and other high-ranking civil and military officials accompanied him during the visit.

As many as 12 people, including women, children and a Frontier Corps (FC) personnel, were killed and 45 others including four FC personnel injured after Afghan border forces resorted to unprovoked firing on Pakistani soil targeting Census teams.

Talking to media persons on the occasion, General Aamir Riaz said that Pakistan Army was forced to retaliate and destroyed five Afghan military check posts after they tried to enter our territory.

“The Afghan troops tried to enter Pakistani territory. In response, they suffered huge losses. Whoever resorts to such un-provocative attacks in future, we will retaliate with full might,” the general said.

He said that the Afghan government had adopted a negative approach towards Pakistan and it had been challenging our sovereignty.

“We would no more let Afghanistan repeat such attack,” he asserted and urged Afghan government and military high ups to put its house in order and refrain from challenging Pakistan’s military might.

To a question Commander Southern Command said that the Bab-e-Dosti on Pak-Afghan Chaman border would remain close till the situation returned to normalcy.

Due to precarious situation on the border area, about 2000 families of the nearby villages migrated to safer places. The government has set up a temporary camp for the displaced people.