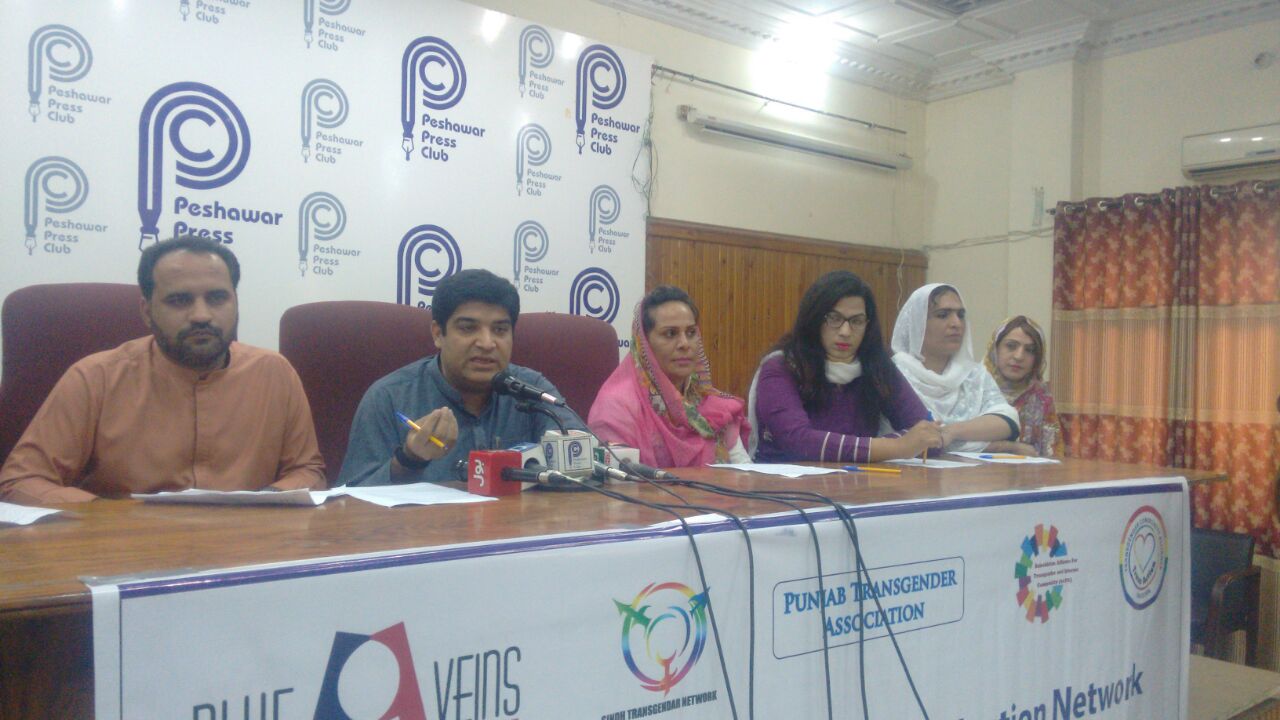 PESHAWAR, 24 October: The transgender association across the country on Tuesday announced setting up of an network to participate in politics and contest elections for district, provincial and national assemblies.

The decision to form a network was announced during a press conference here at Peshawar Press Club where representatives of all transgender persons’ associations and activists working for their rights were present. The network aimed at to ensure representation in local government and general elections as voters and candidates.

Addressing the conference, Transgender Network Advisory president Shehzadi said that they would not be able to get their constitutional rights unless they were elected to the assemblies.

Trans Action Alliance president Farzana Jan declared the formation of network as historic decision that would pave way for their entrance into politics.

Similarly, Punjab and Balochistan transgender association presidents Nayab Ali and Komal Afridi said the transgender persons should be given right to participate in decision making process.

Qamar Naseem, a social activist, said that the gathering aimed at to encourage them take part in politics and demanded of the government to allow them sit in district, provincial and national assemblies.