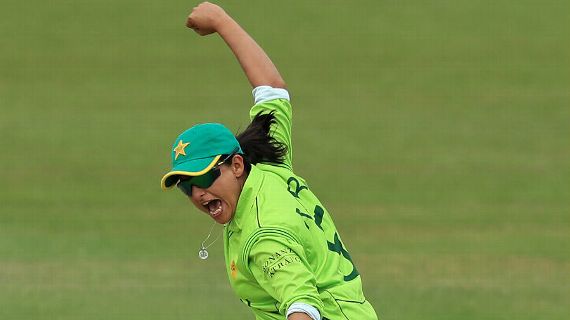 SHARJA, 6 November: Sana Mir led Pakistan women to their first win against New Zealand women in 13 attempts, picking up four wickets and following it up by scoring the winning runs in a chase of 156.

At the other end was captain Bismah Maroof, who top-scored with an unbeaten 36 off 69 balls, piloting the chase to its 49th-over finish after each of Pakistan’s top three – Nahida Khan, Sidra Ameen and Javeria Khan – had passed 20 to lay a solid platform.

Choosing to bat first at the Sharjah Cricket Stadium, New Zealand slumped to 9 for 2 inside the first six overs, with Mir picking up the key wicket of Suzie Bates.

Wickets fell steadily thereafter, and only Maddy Green (26) and Sam Curtis got past 20, their sixth-wicket partnership of 38 the biggest of New Zealand’s innings. Curtis brought up her second ODI fifty before being seventh out for 50 off 77 balls, having hit five fours.