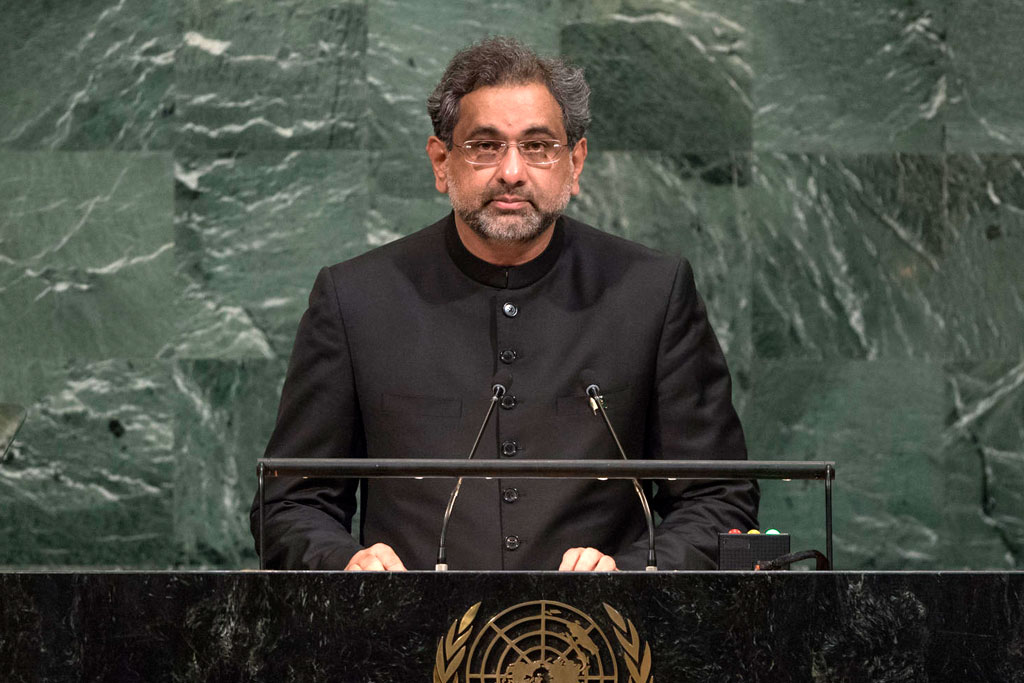 PESHAWAR, 22 September: Prime Minister Shahid Khaqan Abbasi has said that Pakistan will not become a scapegoat in any conflict including the Afghan war.

The premier said this during his address to the 72nd United Nations General Assembly session on Thursday night. Referring to US President Donald Trump’s new Afghan policy, the prime minister said declaring Pakistan responsible for military and political impasse in Afghanistan after so many sacrifices is very disappointing. He said Taliban safe havens are located not in Pakistan but in the large tracts of territory controlled by the Taliban in Afghanistan.

The premier made it clear that Pakistan will never fight the Afghan war on its own soil. He said Pakistan cannot support a failed policy on Afghanistan which may further increase difficulties for Pakistan, Afghanistan and other countries of the region. The prime minister mentioned that at least 27,000 Pakistanis lost their lives in terror attacks since 2001 when the US launched war on terror. Mr Abbasi emphasised the need for elimination of terrorist groups including al-Qaeda and Daesh and searching of political solution to the problem with Taliban militants.

Prime Minister Abbasi also condemned Indian atrocities in Occupied Kashmir and demanded probe into the human rights violations in the held valley on international level. He said Pakistan is ready for talks with India, but only after its ends it campaign of state-sponsored terrorism in Pakistan.