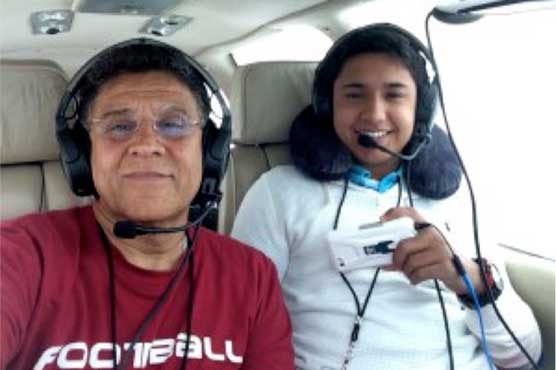 PESHWAR, July 24: The aircraft of a 17-year-old Pakistani-American pilot, Mr Haris Suleman, and his father Mr Babar Suleman has crashed into the sea. In separate incident, about 51 passengers died when a plane caught fire while landing in Taiwan.

According to the US Federal Aviation, Mr Babar Suleman and Mr Haris Suleman had embarked on world tour for the cause of promoting education. They reportedly wanted to complete their tour within 30 days.

The body of Mr Haris has been recovered from sea, while efforts are on to recover the body of his father as well. According to the bereaved family, both the father and son had decided to utilise the money, which they might have won upon completing their world tour, on education in Pakistan.

In separate incident, 51 people including the crew died when a plane of TransAsia Airways caught fire while landing in Taiwan.

Taiwanese media quoted local officials as saying that the plane hit a building after landing amid stormy weather.

They say 54 passengers, including four children and four crewmembers, were on board the plane when it reportedly caught fire at the end of the runway, and that 11 passengers were sent to the local hospital with burn injuries.