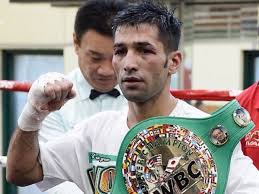 Waseem knowed his rival in the first round after throwing punches relentlessly, marking the eighth consecutive victory of his international career. Sunday’s fight was his third in Panama.

Known as Falcon Khan, he achieved the honour of culminating six out of his total eight contests on a knockout.