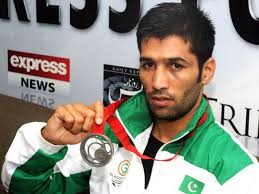 The Quetta-born boxer defeated the Philippine boxer in the 12-round fight to defend his title successfully.

Wasim said he had undergone special training for the fight and that was why he was physically and mentally fit for the bout.

The Pakistani boxer had won the WBC Silver Flyweight title by defeating Jether Oliva of the Philippine in July. He is the first South Asian boxer to win the boxing title.

It merits a mention here that Wasim pursued his professional boxing in his private capacity after getting disheartened with the Pakistan Boxing Federation. He is living in Las Vegas where he is being trained by Jeff Mayweather, a renowned boxer.