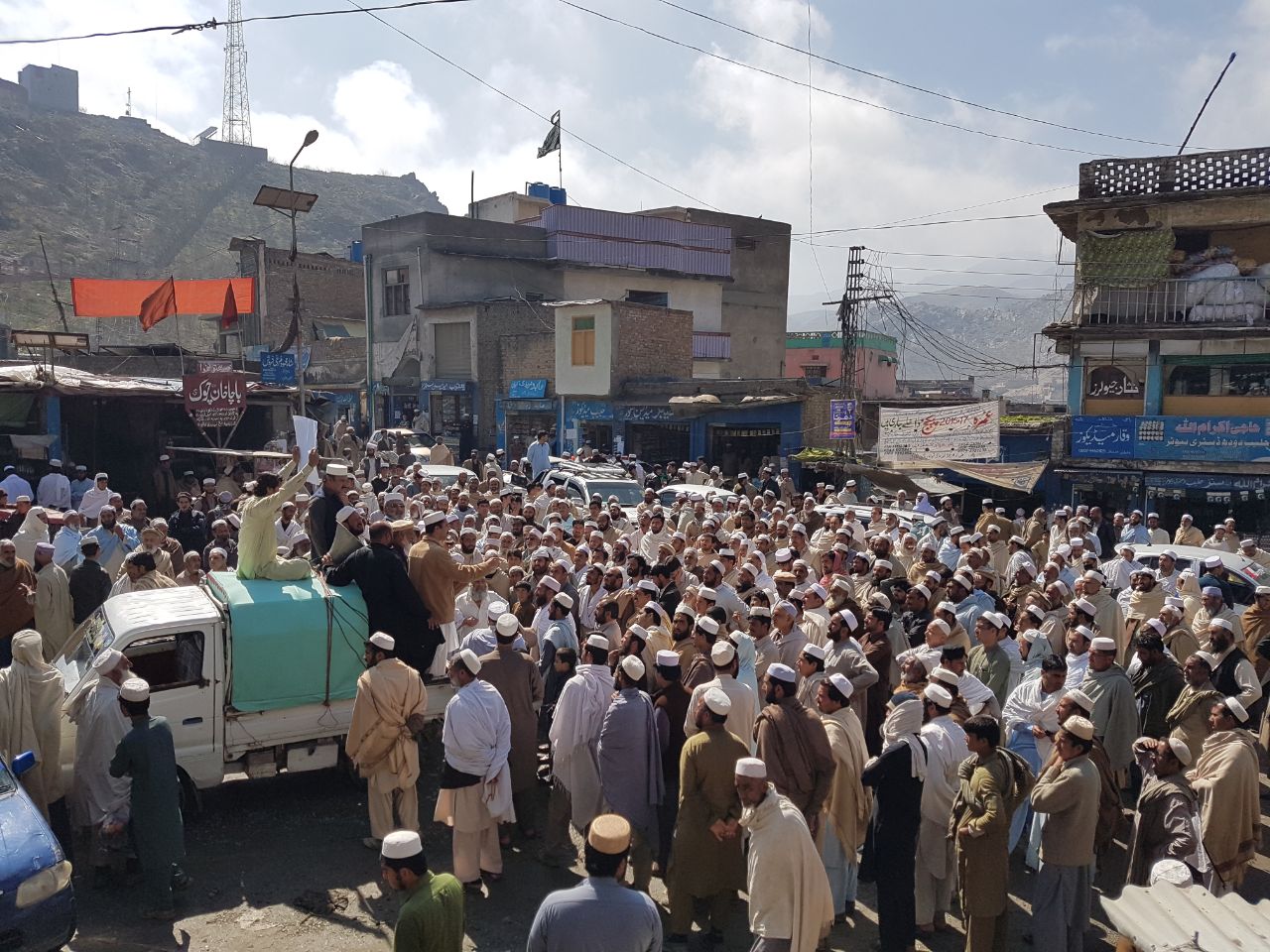 TORKHAM, 23 March: Score of Pakistani transporters, truck drivers and local politicians on Thursday staged a protest demonstration against authorities’ decision requiring Pakistani truckers to show the passport before crossing the Torkham border into Afghanistan.
Authorities have declared passport mandatory for Pakistani drivers to cross the Torkham border into Afghanistan.
A large number of transporters, drivers, and local politicians participated in the protest demonstration and demanded of the authorities to allow Pakistani drivers with original computerized national identity cards (CNICs) to enter into Afghanistan via Torkham border. They said that declaring passport mandatory for drivers would badly affect trade and their business.
A protest demonstration was also held in Landikotal yesterday. The protesters have warned to shut Landikotal bazaar if the authorities did not reverse its decision until March 27.
While talking to TNN, the All Pakistan Transporters Chairman Mustaqil Afridi that the government continued discrimination with tribal people. “The government never close Wagah border or Kashmir border despite devastating terror attacks in Pakistan. The government only targeted the Torkham border and only close this border,” he maintained. He said that the protests would continue until the passport and visas condition was reversed.