Home World Pakistani truckers go on strike against ‘unjust’ taxing on either side of...
Facebook
Twitter
WhatsApp
Linkedin
Email 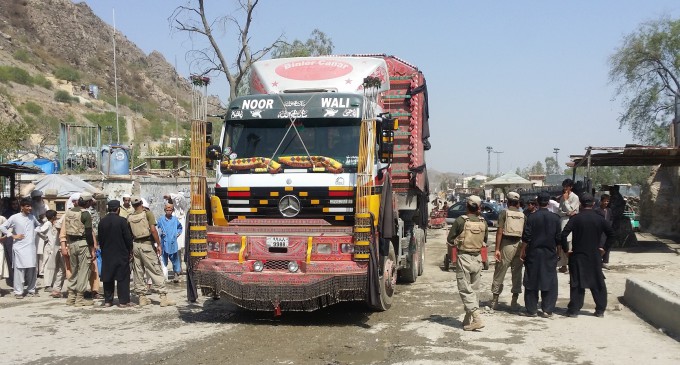 LANDI KOTAL, 13 December: Pakistani transporters on Tuesday observed a wheel-jam strike against what they called an announced hike in taxes on both sides of the Torkham border.

President of the All-Torkham Transporters’ Association Haji Azeemullah Shinwari told reporters that the transporters had been facing losses due to the ‘unjustified’ taxes by Afghan and Pakistani authorities, due to which they had parked their vehicles to observe a strike.

“Afghan tax authorities charge each Pakistani truck Rs10,000 while on this side of the border, the authorities take Rs2000 as visa charges,” he informed.

He demanded of the Pakistan and Afghan government to withdraw the taxes otherwise their strike would continue till the acceptance of their demands.