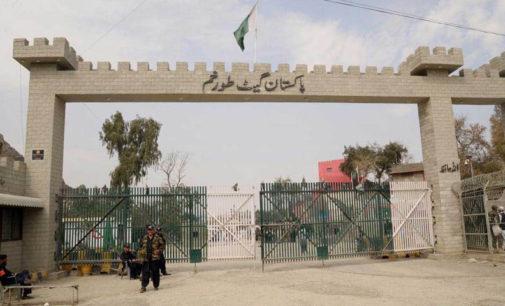 PESHAWAR: A large number of Pakistani citizens returning from Afghanistan are being quarantined in different isolation centres over fears of the spread of the new variant of coronavirus.

The Pakistani authorities opened the Pak-Afghan border in Torkham for just 24 hours to enable Pakistanis to return, but fears have grown about quick spread of the new variant of coronavirus known as delta, which has potential to spread quickly.

A large number of Pakistanis went to Afghanistan to fly to Saudi Arabia from there as the Kingdom had cancelled its flight operations from Pakistan. However, the Afghan travel and visa process brought a lot of difficulties for these Pakistani citizens and their purpose was also not achieved as the Saudi authorities also banned flights from Kabul. The suffering still continues as now the Pakistani authorities have quarantined the citizens returning from Afghanistan.

The returning Pakistani citizens said they endured all these difficulties on their own and they did not get any help from the government whatsoever. From Torkham, the Pakistani citizens were shifted to District Headquarters Hospital in Landikotal, Khyber tribal district, where they were quarantined, and then they were allowed to go to their respective areas where they would be quarantined and allowed to go home only after testing negative for corona.

Quarantine centres in Charsadda and Mardan

The meeting was informed that positivity ratio of coronavirus cases was on the rise and variants of UK, South Africa and India had been also confirmed in KP.

The chief secretary said that fourth wave of corona could emerge during Eidul Azha. He said strict implementation of precautionary protocols was needed to avoid the spread of the virus.