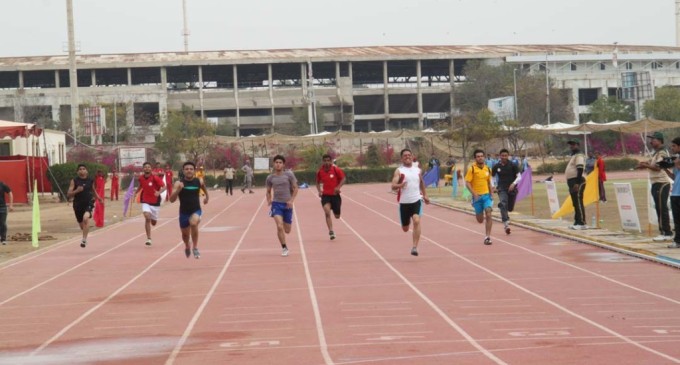 JAMRUD: Muhammad Sami Khan, who sells rice in a local bazaar to make ends meet, is known by locals for his special rice, but the whole nation knows him as Pakistan’s fastest sprint runner.

Sami Khan, who originally hails from Bannu, is currently living in Jamrud in a rented house.  He had to leave his studies after FA due to financial constraints. Despite enormous financial and other problems, the talented youth has a passion for athletics and he has managed to become Pakistan’s fastest athlete.

Fata Olympic Association has the honor of sending players from tribal areas to national and international-level competitions, but after disbanding of FATA Olympic Association in the aftermath of Fata-KP merger, tribal players are deprived of many opportunities. In the recently held National Games, it was quite evident that players from merged districts were not given proper opportunities to take part in different contests.

Sami Khan said while talking to TNN that players of tribal districts are highly talented, but unfortunately they do not have enough opportunities and facilities to display that talent.
“We were hoping that the merger will bring some good for us, but facts on grounds are quite different. I am facing financial crisis despite being Pakistan’s fastest runner and record holder. I can focus more on my game if I am financially stable,” he said, adding that he remains worried about his family while going for any competition as in his absence there is no one to look after them and he supports them by selling rice.

“Fata Olympic Association was the only platform for the tribal players. It was established in 2012 to make space for tribal players in national and international competitions. Now in KP team, tribal players get negligible representation as it is difficult to compete with KP players,” he said.

Atif Shinwari, Yaser Afridi and Awais are prominent football players who represent Pakistan at international level. Usman Shinwari and Shaheen Shah Afridi are prominent cricketers from Landikotal who are known world over for their exceptional bowling and they have won several matches for Pakistan. Players like Nabeel, Samad, Farhad Shinwari and Rehmat Gul Afridi have brought good name for Pakistan in Karate. In athletics, Sami Khan is a prominent star who won many medals at international level.

Jamaima Afridi, tribal female sports person, told TNN that not only males, tribal females have a lot of talent but very few opportunities. “We do not have sports complex or grounds to practice indoor games even. Male players can practice anywhere, even in open grounds, but female players cannot do so due to cultural restrictions,” she said.

She said the government should polish the talent of tribal players by providing them facilities and supporting them financially.