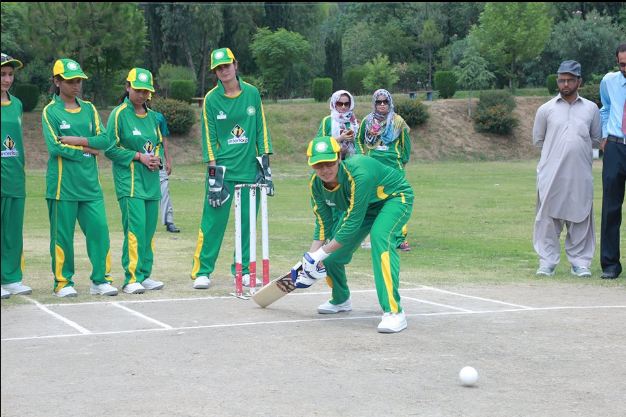 “Australia and Pakistan share a passion for cricket, so we are happy to support the Pakistan Blind Cricket Council’s efforts to bring women and girls living with disabilities into the sport,” Ms Adamson said.

“By providing women and girls with disabilities with the opportunity to compete and demonstrate their physical ability, sport can help to reduce gender stereotypes and negative perceptions associated with people with disabilities,” Ms Adamson said.

The Australian High Commission sponsored one of two six-day training clinics for visually impaired women and girls from across the country that culminated in formation of the team at a 10-overs match played at Kinnaird College for Women in Lahore.

“Coach Nafees Ahmed helped these players push their boundaries. They are brilliant exponents of Pakistan’s best-loved game and a source of inspiration for us all,” Ms Adamson said.

Mr Nafees also coached the national men’s team to victory in the 2002 and 2006 World Cups.The new team is expected to play its first international Twenty20 game against Nepal in January 2019 as part of the second ever women’s blind cricket series.

The Chairman of Pakistan Blind Cricket Council, Syed Sultan Shah, said, “Cricket for the blind is a highly competitive game which enables people with visual impairment to become people of vision – a vision of an accessible future full of exciting opportunities for all.”

Two blind factory workers invented blind cricket in Melbourne, Australia, in 1922 when they improvised the game using a tin can containing rocks. A few years later, in 1928, the first sports ground and clubhouse for blind cricket was built at Kooyong in Melbourne.