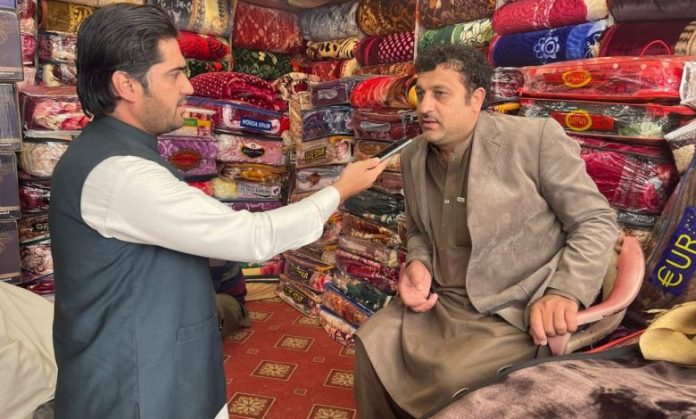 They said many businesses have also closed down due to impact of pandemic and economic situation of the country.

On the other hand, many females are also doing their businesses in KP, which have also suffered due to situation resulting from both factors.

Savera Mukhtiar, who sells clothes at her home, told TNN that his father was attached with the same business. However, she said that suddenly his business started to deteriorate due to unknown reasons. Ms Mukhtiar said that her mother started selling clothes at home to boost his father business.

Her mother later died due to Covid-19, forcing her elder sister to take over the business.

However, the lockdowns badly hurt their business. She said that economic downturn due to pandemic sent the prices soaring. Ms Mukhtiar said that many of the women used to loan clothes from them; therefore, unable to pay them. “We started losing money and incurred debts over Rs 2.5 million,” she said.

She said that they went bankrupt due to heavy losses and their business closed down.

On the other hand, many of the province’s businessmen are engaged in trade with Afghanistan. Closure of the Pak-Afghan border due to the pandemic and Taliban ascendancy in Kabul has also affected many business.

Mr Zeb said that most of his business was reliant on Afghanistan and closure of border badly hit it.  He said that trade volume has dropped from Rs 3 billion to a Rs 500 to Rs 600 million. “We are living in the fear of lockdowns,” he said.

Besides, KP traders also decry government failure to compensate them for their losses during the pandemic.

Sherbaz Bilour, former president of Sarhad Chamber of Commerce and Industry said that the pandemic affected all tiers of the business community.

He said that in the first and second wave of the Covid-19, the immediate losses were not clear. However, he said that the lockdowns that followed the fourth wave pushed up the prices and unemployment in the country.

Mr Bilour said that it also pushed the operating expanses of the business.

He said that the government recently passed a mini-budget and accepted many International Monetary Fund conditions. “The result is that the dollar is going up while rupee is downward trajectory,” he said.

Besides he called for business oriented policies.