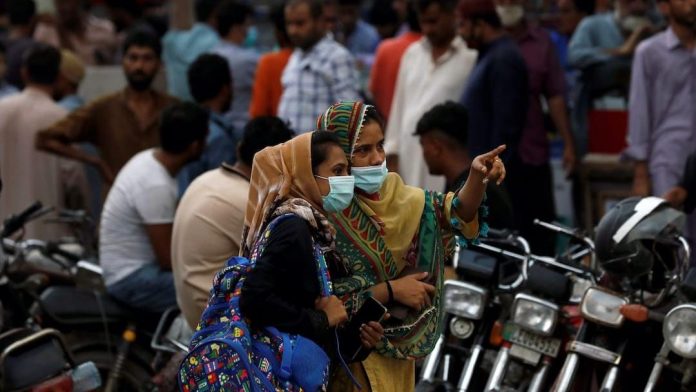 PESHAWAR: Coronavirus has no doubt wreak havoc in the entire world and it is probably first time during last few years that people are seeing death from so close.

Many people seem to be hysterical and believe that sooner or later they would also contract coronavirus and some already infected people think they are going to die. Same is the situation in Pakistan that many have succumbed to corona and many others are living in fear.

The whole nation seems to be living in fear, but at the same time precaution is something they don’t want to follow come what may. Despite going through difficult circumstances during corona infection or after recovering from it, they still don’t hesitate to hug or shake hands with other people. Many others, who are still safe, think corona is nothing but a drama or a conspiracy.

Some people cite the example of China which has tackled corona within a year, and say Pakistan is not doing enough. However, they easily forget to mention that China achieved this due to strict observance of precautionary measures by people, while the situation is contrary to it in Pakistan.

Such is the attitude of people in Pakistan that they behave simultaneously as doctors (while using strange medications), lawyers (while justifying their careless behaviour), teachers (while lecturing someone), judges (while being judgemental about someone) and journalists (while commenting on others and performance of government).

But the only thing they don’t do is to act wisely and observe precautionary measures to get rid of coronavirus. Some people try to be ultra-religious by giving strange logic about their careless attitude, but they forget to mention that Almighty Allah has given the power of reason to human beings to deal with issues in life.

The government can only impose restrictions like lockdown and advising people to observe social distancing and use of facemasks and handwashing etc. and expecting it to come to every single person and force him to observe precaution is not realistic.

People must realise that the disease would stop spreading only if they observe precaution. And if they continued to show careless attitude in shape of attending functions, holding unnecessary gatherings and wandering here and there then they might be asking for further trouble. We must stop blaming others and wake up to the challenge by doing the needful.