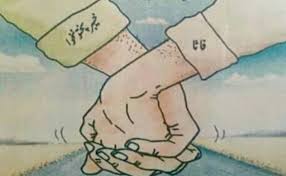 PESHAWAR: Experts in a panel discussion arranged by TNN said the benefits of the FATA merger with Khyber Pakhtunkhwa have not reached to the common man.

Shafiq Afridi said that before the arrival of the PTI government, the merger was announced in haste before completing reforms in tribal districts.

“The PTI government after coming to power faced worse financial crisis, but still it is working hard to improve the state of affairs in the merged districts. People did not have any advantage in the old system and only three types of people — tribal maliks, political agents and main bureaucracy officers — were the beneficiaries of that system. We were hopeful that the benefits of the merger will reach to the common man in education, health and development sectors, but unfortunately it hasn’t happened yet,” he said.

Shafiq Afridi said extension of jurisdiction of the Supreme Court and the High Court to tribal districts is the biggest achievement of PTI government. Previously, he said, the additional political agent (APA) had powers of magistrate and he used to conduct tribal Jirgas to resolve disputes.

“I will cite an example of a Shamilat land in Bara which was donated for establishment of a sports complex and Rs.120 million funds were allocated for the project. However, land mafia usurped the funds by using different tactics. We approached the High Court with a writ petition and the court suspended that process. Hence, hundreds of families got justice by approaching the High Court. It was not possible without the court intervention,” he said.

The PTI leader said land reforms are direly needed in tribal districts as currently the lands in these areas are owned by families collectively. “Conversion of lands registration system from families to individuals will consume time which will delay the reforms process. Introduction of Sehat Insaf Cards Scheme, extension of judicial system to tribal districts and integration of Levies and Khassadar personnel in KP Police are big achievements of the government,” he said.

Shafiq Afridi hoped that things will get better as the tribal youth will build pressure for fulfilment of the promises made by the government at the time of the merger.

Akbar Ali said many hopes were attached with the PTI government, but it hasn’t done anything considerable for the tribal districts since coming to power.

“The Rs.100 billion funds promised in the head of NFC Award haven’t been released for tribal districts so far. Sometimes the federal government blames Sindh and Balochistan for the delay and it has also been said that the KP government is putting impediments in implementation of the package. If the federal government can give subsidy of Rs.500 billion then why it can’t release development funds for tribal districts,” he said.

The PPP leader said the Centre must immediately release Rs.100 billion funds for tribal districts from its own resources and then it may deduct this amount from the NFC Award whenever it is approved. “Another disappointing development in tribal districts is that the PTI government is trying its best to delay provincial polls in the area,” he said.

Rasool Dawar said while taking part in discussion that the main hurdle in empowering the tribal districts is the Governor House which is unwilling to surrender powers.

The tribal journalist said in the initial few months, the government was very quick in the implementation of merger process. He said the government immediately announced extension of judicial system to tribal districts and brining police system in the area.

“However, the process has slowed down now. We have come to know that all the officers and workers of the district administration of South Waziristan tribal district have asked the government about their exact role after the merger,” he said.

“The government should show serious attitude now. The KP Police chief has said that he will go to South Waziristan for practical deployment of police there under his own supervision but that did not happen,” he said.