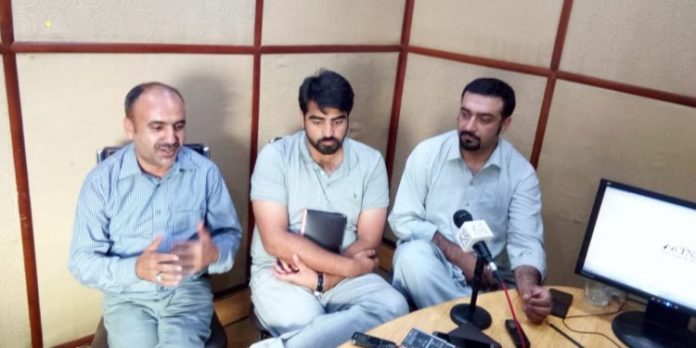 PESHAWAR: Facilities of roads, hotels, guest houses etc. are necessary to promote tourism in any area. Unfortunately, tourism sector did not get proper attention in tribal districts in the past and facilities for tourists are negligible. Lack of basic facilities often leaves tourists heart-broken.

What facilities are lacking at tourist sites? How promotion of tourism can boost local economy and create job opportunities for local youth? TNN has conducted panel discussion with tourism expert Jawad Yousafzai, tour guide and adviser Shafiq Gagiani and Subhan Ali, who works individually for promoting tourism in tribal districts, to find answers to these questions.

Shafiq Gagiani said tourism sector did not get much attention from government in the past and there was no tourism department for merged districts. “After merger of erstwhile FATA with KP, the provincial Tourism Department is working on it and Tourism Authority will also be set up for merged districts to explore tourism opportunities. A large number of tourists visited Tirah, Kurram, Mohmand and Bajaur this year. Tourism sector is not developed in merged districts yet, but in future many projects have been planned in this sector,” he said.

Shafiq Gagiani said tourists have their own priorities for visiting any site. “It is the responsibility of government to provide enabling environment to tourists to fulfil their needs. In Galiyat, the government has set up Galiyat Development Authority (GDA). The jobs of GDA is not confined to sanitation only, but it appoints labourers in hot and cold weather, looks after the condition of roads and keeps in contact with police to resolve problems of tourists,” he said, adding that enabling environment must be provided to tourists throughout the year instead of confining tourist activities to Eid days.

He said municipality services must be improved at tourist spots and tourists must get the facility of hotels and camping if they want to stay the night. “There is no tourist spot in merged districts where they can stay for night. Markets must also be established at tourist spots,” he said.

Mr Gagiani said tourism can get boost through Facebook and radio etc. “Another problem in merged districts is that the area people look at tourists in strange manner. Local people at tourist places must welcome visitors and facilitate them,” he said.

Jawad Yousafzai while taking part in the discussion said tourism has three essential components — tourism, travelling and photography. “Photography is best marketing technique which can be shared on social media to promote tourism. When I returned from Kurram, people asked me about condition of roads and staying facilities there. In Kohat, there is Tanda Dam, but very few people know about it. It is a location like Khanpur which can be developed for tourism,” he said.

Jawad Yousafzai said local people must also contribute in development of the location. “Local people are well aware of facilities at a tourist location. When I was going to Kurram, I contacted a local friend to know about facilities. Pamphlets and booklets must be published to give guidance to people about tourist spots,” he said.

He said improved law and order has big impact on tourism in tribal districts. “In North Waziristan, people shared pictures of camping by tourists which means that they spent the night there. Transition from law and order issues to camping of tourist signifies massive improvement. People want to explore new tourist places in merged districts after improvement of security atmosphere,” he said.

Subhan Ali said a large number of people wanted to explore tribal districts, but were unable to do so because of law and order issues. “Unfortunately, some of our own people termed merged districts as no-go areas. Now after improvement of situation, a large number of people are going to merged districts to explore tourism opportunities. So many tourists arrived at lower tribal districts this year due to improvement of law and order,” he said.

Subhan Ali said people of merged districts whether they are in Kurram, Waziristan or Bajaur, they are hospitable and welcome tourists. Unfortunately, during Eid, he said some tourists who came to merged districts, played loud music and staged Atten dance even when they went to any residential area.

“Tourists will get good treatment in merged districts if they respect local culture and values. Tourists violating local traditions and religious values will not get acceptance by tribal people. Historic places and locations must also be named after local personalities who have served the country in different fields. We hear reference to Hamza Baba, but there is not a single location associated with his name,” he said, adding that historic tribal heritage must be given importance in promoting tourism in merged districts.

Subhan Ali said Kurram district has great tourism potential. Unfortunately, he said, many people consider sitting in a vehicle and putting loud music on and dancing with it as a tour.

“Tourists can visit shrines and other religious places and study different cultures. Kurram has lovely places like Shalozan, Malana, Alam Sher and Kirman, but the main problem for tourists in that areas is lack of guidance,” he said.

Subhan said the government has allocated Rs.730 million for tourism, but it must also strengthen tehsil municipal administrations (TMAs) to improve sanitation at tourism places. In Kurram, he said, sanitation is a big problem whenever people tour religious or other sites. He said garbage dumping sites must be specified at tourism places to resolve this problem.