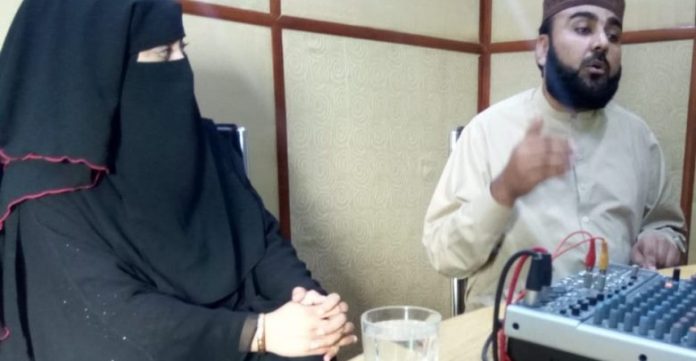 PESHAWAR: Experts in a panel discussion at ‘Manzal Pah Lor’ program of TNN have said that Impact Challenge program of the Khyber Pakhtunkhwa government, which has been extended to tribal districts, will prove a milestone in reducing unemployment and ensuring bright future of the tribal youth.

Sadaf Khan, a journalist from Peshawar who is a beneficiary of KP Impact Challenge program, and Noor Hasan Wazir, businessman and social activist from Waziristan, took part in the panel discussion.

Sadaf Khan said the KP government has introduced Impact Challenge program for educated tribal youth who want to start a business or have business ideas, but could not do so because of financial constraints. Under this program, she said, the youth will get loans ranging from Rs.200,000 to Rs.2 million.

“It’s a successful program. The concept of start-up business exists in Islamabad and Karachi, but such concept was lacking in KP, Peshawar and other cities. Youth used to join their family business and look for jobs after completing education. Now that concept has changed and innovation was brought in KP through Impact Challenge program,” she said, adding that businesses in as many as 200 categories have been started under this program and it is working successfully.

“I have noticed that food business is getting more attention in the program. Women belonging to less developed areas, who have started business but they are facing financial problems, are also most likely to get this loan. The Impact Challenge program has extended support to women from backward areas for opening boutiques, beauty parlors and home-made food outlets. Projects related to media and technology also got approval under the program. People from almost all fields have been selected for the scheme,” she said.

The young journalist said some people are criticizing Impact Challenge program because their projects were not approved.

“Merit is the only criterion and no reference works in this scheme. The applicant’s intelligence and his/her ideas, the method in which they fill the membership forms and participation in trainings earns him/her loans under the program and they also get chance to develop contacts with other institutions,” she said.

Sadaf Khan said there are various reasons behind rejection of applications.

“Sometimes the candidates filling the forms don’t know the exact market price of certain equipment. An applicant needs to conduct a survey of the area in which he wants to start a business and see if the area is suitable to his business plan. Only a good idea won’t be enough. Ideas may be of different type,” she said.

Sadaf said she also submitted three ideas when she applied for the loan. She said when the scheme is advertised, a candidate can present two ideas on one form.

“Initially, I submitted a new idea and I was confident of obtaining loan through it, but it was not selected and I also realized later that it had some technical problems which would have been difficult for me to handle. My idea related to media was selected because I have experience and expertise in the field. Even if an idea is new or unique, a candidate will have to show his expertise in relevant field and its benefit for the area and its income prospects and possible challenges. A team of the program evaluates proposed projects and then selects candidates,” she said.

Sadaf said she didn’t have any idea about market price rates when she presented her project. “After submitting form, in which I proposed a new idea about opening a boutique, I received a phone call from a program official who asked me whether I know about market prices. The official asked what should be the value of the business if I could not run it and finally decide to sale it to someone else, and whether I will find buyers for my business nor not, and whether I have made estimate of expenditure on hiring an office and buying clothes for my boutique,” she said.

Sadaf said a candidate clears the first stage when he/she gives satisfactory answers to such questions. She said a candidate before filling the form must sit with an expert in the field and know about various factors and prices. She said candidates must also visit the market personally and see various factors affecting his proposed business. She said obtaining the loan is not difficult if proper survey is conducted before filling the form.

Noor Hasan said while taking part in the discussion that he belongs to Wana, South Waziristan, where agriculture is one of major sources of income. He said a huge quantity of pine nuts grow in Waziristan, but the process of extracting the dry fruit is difficult.

“A machine used to extract chilgoza costs about Rs1 million. Our people depend on Chinese machines, therefore, they cannot take full benefit from the dry fruit which is very expensive in the market. Harmers cannot afford to buy expensive machine for Rs1 million. We can make tribal people self-sufficient in agriculture if we provide them agriculture machinery and equipment,” he said.

Noor Hasan said women in KP, particularly in tribal districts, are very talented and hardworking and they can effectively run embroidery business inside their homes. He said the only thing the women need is machines, equipment and other related facilities. He said no business is difficult if tribal youth are provided financial support. He said unemployment rate in tribal districts is high and tribal youth are living a difficult life. He said many people from merged districts are abroad and they are working in large companies.

“Dairy farm is also a good business. Tribal youth don’t lag behind when it comes to hard work to promote a business. They need facilities and support. So there are plenty of ideas as I mentioned and all these ideas are working with financial support,” he said.

Noor Hasan said ground realities show that poverty is the main reason behind economic and security problems in tribal districts. He said elimination of poverty is vital to create a healthy and constructive society.

“Earlier programs were complicated, but Impact Challenge program of the KP government is very simple. If the program is made easier and it is implemented in letter and spirit then it will produce amazing results in tribal districts and success of the program will impress the whole world about talent of tribal youth,” he said.