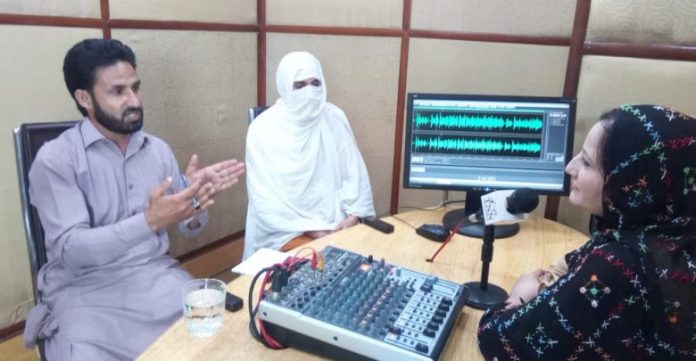 PESHAWAR: According to a report of the Independent Monitoring Unit (IMU) report, there are a total of 492 schools in Orakzai tribal district out of which 165 lack boundary wall, 200 schools lack washrooms, 261 lack clean drinking water and 265 schools lack electricity.

Khair Zaman said that in his tehsil in North Waziristan, there is no primary or middle school. He said a tehsil having such a large population and non-existence of school shows the state of affairs there.

“Many schools have no boundary walls and some schools have shortage of teaching staff. We have also received reports that government teachers in tribal districts are working in Dubai and other countries and still receiving salaries as teachers,” he said.

He said that like other institutions, educational institutions also suffered massive damage during militancy in erstwhile FATA after 9/11. He said many employees of education sector are still living in Peshawar and doing different other jobs.

Khair Zaman said the education system in tribal districts is in a poor state since the British era.

“Teachers and students are the people who play crucial role in building of a society. Situation was already bad, and the few functional schools were also closed during militancy, which was unfortunate. Our tehsil (Shawal) lacks schools, but functioning schools in Miranshah and Mir Ali were also closed due to militancy. We want establishment of medical colleges and engineering colleges for our sisters and daughters,” he said.

He added, “We had supported FATA-KP merger in the hope of improving the life standard of our coming generations. More focus should be made on restoration of education sector.”

Khair Zaman said new vacancies have been announced for teachers in tribal districts, but the policies of Peshawar have been implemented despite the fact that the ground situation in merged districts is much different. In tribal areas, he said, the size of a union council is very large as compared to the union council of Peshawar, so these rules must be modified to facilitate the applicants.

“Every candidate wants to get job near his residential area and I am also trying the same. I have two Master’s degrees and I am nearly overage for a teaching post of my choice. So the government should introduce easier rules for recruitment on teaching posts in tribal districts,” he said.

Khair Zaman said it is a historic moment for tribal districts that the chief minister and other cabinet ministers are paying visits to the area and promising development.

“All the claims of chief minister and other ministers should be materialized and funds should be spent on the purpose for which these have been allocated. Now provincial constituencies of erstwhile FATA have also got representation in KP Assembly. Newly-elected members of KP Assembly from tribal districts must pay special attention to promotion of education, particularly girls’ education,” he said.

The schoolteacher said an educated mother can not only ensure good upbringing of her children, but she can also prove beneficial for the whole area in which she lives. “Situation in tribal districts has changed now and everyone wants to educate their girls. The government should provide facilities of girls’ education to people of merged districts the same way it has provided these facilities in Peshawar, Bannu and other areas,” he said.

Gul Rukh Afridi said while taking part in the discussion that she has personally visited different schools and seen that schools situated in the starting area of Khyber district in Bara lack basic facilities. She said the situation in far off areas like Tirah-Maidan is even worse.

“Schools are established in hujras of tribal maliks and no facilities have been provided to protect students from scorching heat. I have met many people who want to send their children, including girls, to schools, but they cannot do so because many schools, which were damaged in militancy, have not been reconstructed,” she said.

The Tribal Youth Movement activist said building construction takes time, but students in tribal schools even lack basic facilities like water and electricity and they attend their classes in tents. “Some parents complain that teachers remain absent from their duties and sending their children to school is useless when they come back home at 10:00am anyway. Militancy had damaged different sectors, but education sector suffered the most. It can be concluded that we have been pushed back by 50 years,” she said.

Gul Rukh Afridi said infrastructure for educational institutors must be built as soon as possible. She said availability of teachers must be ensured in educational institutions as there is no use of the building if teachers remain absent. Unfortunately, she said, the people of tribal districts, particularly the women, have not excelled much in the field of education, due to which teachers from Mardan, Charsadda and other areas are appointed in schools of merged districts. Such teachers come for their duties late and go back early.

“The government should educate our daughters and sisters to enable the tribal people to fill all teaching vacancies from within the tribal districts and dependence on outsiders comes to an end,” she said.

She said she will like to ask tribal girls that education is not meant to get job.

“It is a light which brings people out of darkness. Education brings enlightenment and honor for girls. Girls should come out of their houses and excel in the field of education and parents should also support them wholeheartedly,” she said.

Gul Rukh said parents should keep in mind that even if their daughter is married off, she will still remain their daughter and bring good name for them through her achievements.

“Parents should lodge complaints against absent teachers in the schools. We will have lady doctors and teachers from our own areas if we educate our girls. It will ensure bright future of tribal districts,” she said.