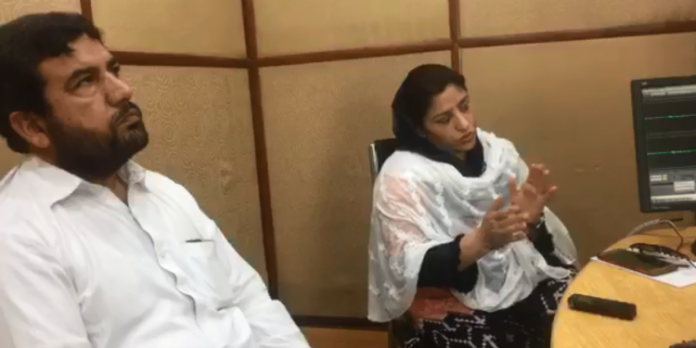 PESHAWAR: Panellists at ‘Manzal Pa Lor’ programme of TNN said the mobile and 3G and 4G internet facilities have put positive impact on the life standard of tribal people, particularly the women and youth.

Zartashia Jamal said the issue of mobile and internet service was very severe in the tribal districts, particularly in Kurram, Orakzai and Tirah valley. She said access to these areas was a problem, but the situation has improved and the tribal people have internet facility in Kurram and also in Tirah although signals are not strong in the deep areas of Khyber district.

Zartashia Jamal said the positive impact of the mobile and internet facilities will be overwhelming.

“When our tribal students go to school or college, they cannot compete with the students of Peshawar or international students due to lack of exposure. Tribal students will get exposure about searching sites about education and other facilities on the internet. They will understand where they stand now, what the rest of the world is doing,” she said.

Zartashia said the tribal students couldn’t find jobs due to lack of internet and they also don’t have access to newspapers. On the other hand, she said, all job sites can be accessed and online editions of the newspapers are also available on internet.

“Tribal girls are not aware about their basic rights guaranteed by Islam. By getting exposure, at least they will come to know about their rights,” she added.

The rights activist said that in settled areas, everyone is carrying a mobile phone in his hand and they are well-connected with rest of the world. “We should also trust our youth to go towards positivity with this facility,” she emphasised.

Zartashia said the people working abroad were in great pain as they had little or no contact with their families back in the tribal areas due to lack of mobile and internet services.

“Now the tribal people have the facility to contact their loved ones abroad while sitting at home. The Pakistani workers will at least now work with satisfaction after having video calls with their families. They will now get rid of the old cassettes recording system which they used to send to their families from abroad with their recorded messages,” she said.

Ayaz Wazir while taking part in the discussion said there are a lot of problems in the tribal districts. He said internet is vital to keep the people of rest of the country informed about the problems of these areas and it is also good for the local youth for their education and finding job opportunities.

“The tribal people have seen very difficult times recently and now they are hopeful that their children will get education and other facilities. However, our people also fear that this facility can be misused and the youth could be spoiled if it happened. Internet is not bad, but what our people need the most at this time is schools, colleges and hospitals. The prime minister has shown sincerity by introducing this service in the tribal districts as it is linked with job opportunities,” he said.

Ayaz Wazir said most of tribal students are young and they don’t have the training and education on how to use internet positively, while they are more likely to be drawn towards negative activities.

“Importance of internet cannot be overlooked, but highly educated people are still in less number in the tribal districts. Our youth have not reached the stage to use this service with responsibility,” he opined.

The trade union leader asked what the tribal youth will make of 3G and 4G when there are no model schools and colleges there. “How can a student aspire for going to Oxford if he doesn’t have the money? The government should first build Islamia College like institutions in all the tribal districts and then they must bring even the 6G service. Our youth are currently not prepared to shoulder this responsibility as they lag behind in education from others. How can we burden a student with 3G and 4G when he even has not passed his matriculation exam? Internet is required, but not right now as we have other pressing issues,” he stressed.