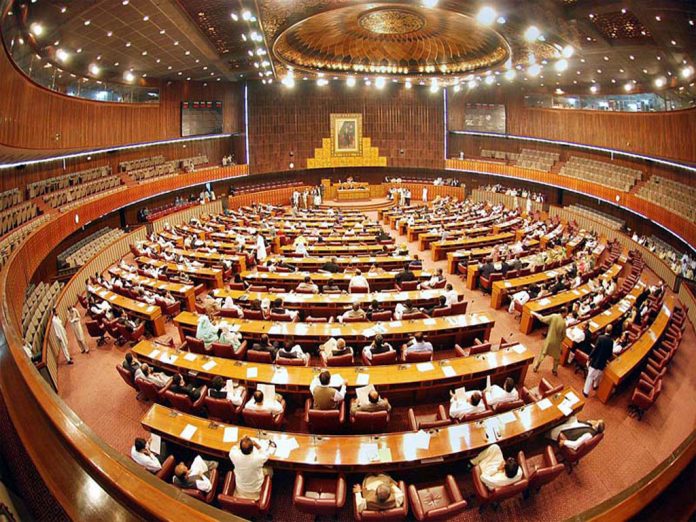 PESHAWAR: Experts at a panel discussion arranged by TNN said increased representation for tribal districts in National and KP assemblies will help resolve problems of these areas.

Aamir Khan said the 25th Amendment process could have been done earlier, but unfortunately, at that time the political parties were not so keen on development of tribal districts.

“I am thankful to the political parties for supporting the amendment bill. Increased representation for tribal districts will help resolve problems of these areas,” he said.

Aamir Khan said development schemes will be approved in the budget which will be presented in June. He said development projects will not stop and work on the projects will accelerate further. He said Noorul Haq Qadri, Gul Zafar from Bajaur, Sajid Mohmand, Iqbal Afridi, Mohsin Dawar, Ali Wazir and others discussed the issue of polls delay at the Parliament Lodges.

He said there is no threat to elections as the exercise will be held after few months.

“It would be very unfortunate if the elections are not held because it will bring back the tribal mindset. However, I am confident that election will take place and reforms process will speed up further. Prime Minister Imran Khan has also directed the KP government to give more funds to tribal MPAs once they are elected as tribal districts remained neglected since long,” he said.

Idrees Khan said when tribal MNAs came to National Assembly, they knew very well that under 25th Constitutional Amendment the provincial polls are mandatory in tribal districts within one year of the general elections.

“They knew that these polls will be held in July, therefore, they should have brought the bill earlier. The bill was tabled in the National Assembly after the Election Commission announced scheduled for polls. It was passed in haste like the 25th Constitutional Amendment Bill. If haste was not shown in passage of 25th Amendment then this problem would not have emerged at all,” he said.

Idrees Khan said seats should have been increased for merged districts in 25th Amendment.

“The main benefit for merged districts from the merger process was the provincial and local bodies elections. Development cannot be possible in tribal districts without elections. Elections on 16 provincial seats should have been held on time and amendments could have been introduced later. However, increase in representation is good for tribal districts. After passage of the bill from the Senate and approval by the President, the bill should immediately be made part of the constitution and polls should be held as soon as possible. Long delay in elections will be detrimental for tribal districts,” he said.

The Tribal Youth Movement leader said sale of votes in merged districts is a huge problem. “We had a meeting on this issue yesterday. After Ramazan, we are planning to hold awareness sessions in merged districts to inform the tribal people about the importance of their vote,” he said.

Idrees Khan said one-year time was given for polls in 25th Amendment. He said the government also did not have money for holding the exercise and the Election Commission was under pressure to delay the polls, but it could not do so because of constitutional obligations.

“The ECP got further time of six months in the 26th Amendment. Tribal Youth Movement will hold a press conference within few days in which one month time will be given for passage of the 26th Amendment Bill. The bill should not take more than a month for passage as it will go to the Senate now from where it will be sent to the President for signature. The ECP has not announced postponement of the polls yet. If the amendment process was not completed within a month then we will be compelled to come on roads as we did for pursuing our demand of merger of erstwhile Fata with KP,” he said.

Shahida Shah said the women having the support of political parties will get help from them, but independent women candidates will face problems.

“It is a new experience for tribal women and problems are bound to happen. There is lack of awareness among tribal people about this issue and many would not be convinced yet that women can also take part in elections and seek votes from them. Men can go to hujras, madrassas and mosques to seek votes from people, but women will face difficulties on this front,” she said.

Shahida Shah said when election schedule was announced in tribal districts she personally received several complaints from women. “They did not know the address of the Election Commission office and procedure to obtain and fill form,” she said.

She said people in tribal districts were under the FCR since long and they had no idea about the functioning of a democratic system. Suddenly, she said, the tribal people got the right to vote and right to contest elections.

“Women were seeking help to understand the new system, and I shared their grievances with our leaders. Tribal women want to contest polls and they want to vote, but they don’t know the procedure and they need time and guidance to understand the system,” she said. Therefore, she said, the delay in polls might be good for tribal women. She said trainings can be arranged for tribal women to inform them abut democratic procedure.

She said the political elite by the use of money or influence in their parties get party tickets for their close female relatives. She said strict steps are needed to stop this practice.